The Sky Sports F1 pundit had feared for the championship’s future in recent years, as spiralling costs threatened the existence of several smaller teams and the viability for manufacturers to commit and compete.

However, he reckons the introduction of a cost cap, the signing off of new cars for 2022, and radical regulations designed to level the playing field have not only safeguarded its future but made F1 more attractive.

The former F1 driver, who started 158 grands prix, also says the impact of the COVID-19 pandemic on the world’s finances helped force everyone to take the action it needed to.

"Common sense has broken out really," Brundle told Autosport. "That is how I see it because you just can’t keep spending hundreds of millions of pounds a year to run two racing cars. It needed sorting out.

"I think the pandemic focused a few important people’s attention as well in that respect, and they have got the job done. I think it is any number of things and I think it is now more attractive to sponsors and manufacturers with a credible cost base.

"Chase Carey [former F1 CEO] did a very good job in the last couple of years he was there.

"I’m not sure they [Liberty] understood F1 at all [when they started] I think they were quite shocked. I think they thought they could change a lot of things very quickly.

"But we’ve had the cost cap [coming in], the Concorde Agreement, levelling the playing field, signing off the new car for next year, and any number of fundamental structural things that make the racing more exciting, so you can have an AlphaTauri and Racing Point win a race again as they did last year." 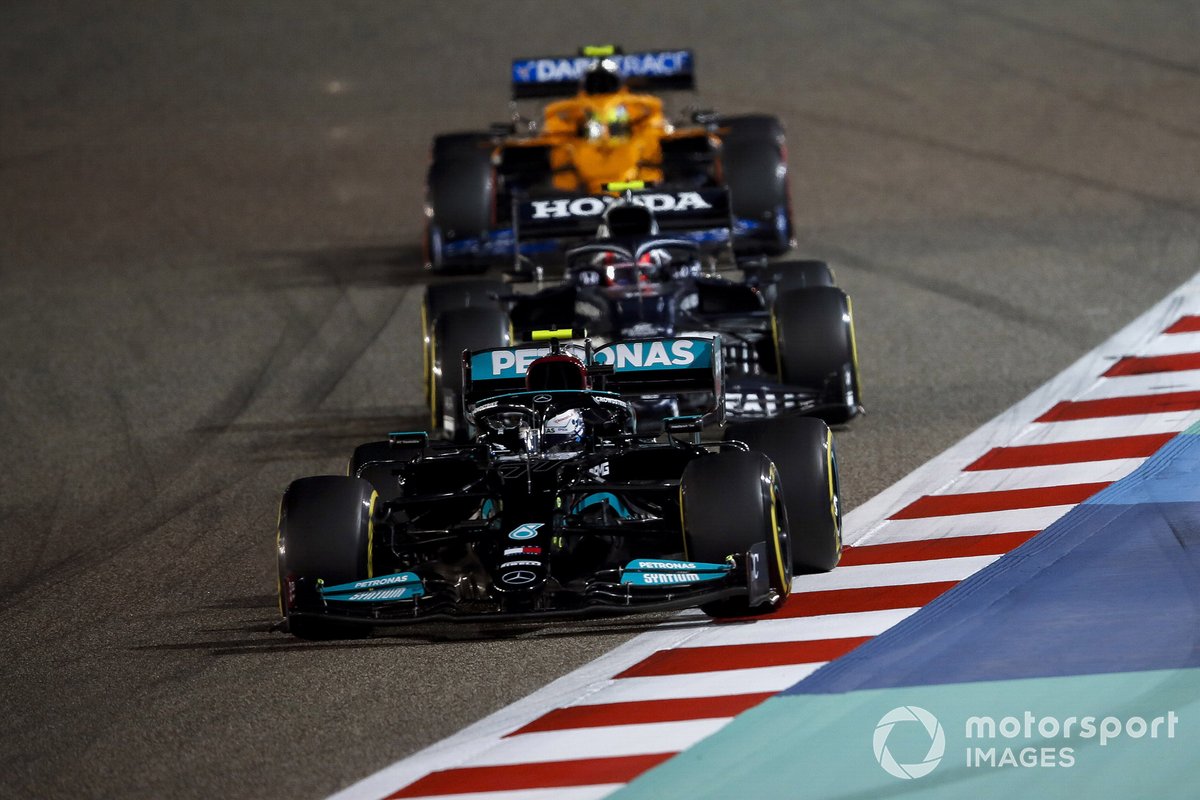 F1’s attempts to reinvent itself has allayed Brundle’s worries for the future, and the level of competition showcased at last month’s Bahrain season opener has underlined his viewpoint that F1 is on the right trajectory.

“I’m as a confident about F1 and its future as I have been for five or six years now,” he added.

“I was really concerned, if Renault pulled out for example or Red Bull pulled out because Honda were going, and you had Williams on the rocks. But they have got new funding and are turning around.

“Force India was on the rocks and that has now morphed into Aston Martin, and you have a lot of bright people coming in, new sponsors and a lot of really exciting young drivers.

“I think it [F1] is in a really good shape going forward. As I said five years ago I was deeply concerned about any number of those things. I think Bahrain underlined that confidence very well.”

Brundle’s optimistic view about F1 is echoed by Mercedes team boss Toto Wolff, who believes F1 is currently in its best position for 10 years.

“I think Formula 1 is in a very good place for good entertainment on track, and political fighting off the track, which has always been part of the narrative in F1,” Wolff told Autosport.

“It has a product that works, great teams and brands that are in Formula 1 and Netflix added its part on helping us to grow our audiences out of the traditional fans.

“So overall, the sport is in a very good place and growing. And from my time in the last 10 years, it's probably the best it's been.”