Williams was not able to evaluate its updated aerodynamic package in second practice for Formula 1's British Grand Prix because of damage sustained in the opening session.

The team introduced an aggressive update for the previous race in Austria last weekend but struggled in qualifying, leading to a split approach in practice at Silverstone on Friday.

Massa revealed that both drivers suffered damage when they ran wide at Copse in FP1, forcing them to remove the parts for the afternoon to protect them for the rest of the weekend.

"We started with the new package, both cars," he said. "But then I damaged my parts, and Lance damaged his parts.

"We are quite on the limit with the parts, so we just put back the old ones for the second session.

"We should go back to the new ones tomorrow, hopefully."

In Austria, Massa was one of several drivers to pick up damage running wide and hitting raised kerbs on the run-off.

He said it was frustrating the team suffered floor damage for the second Friday in a row, balming the exit of Copse "where it's quite easy to damage the car". 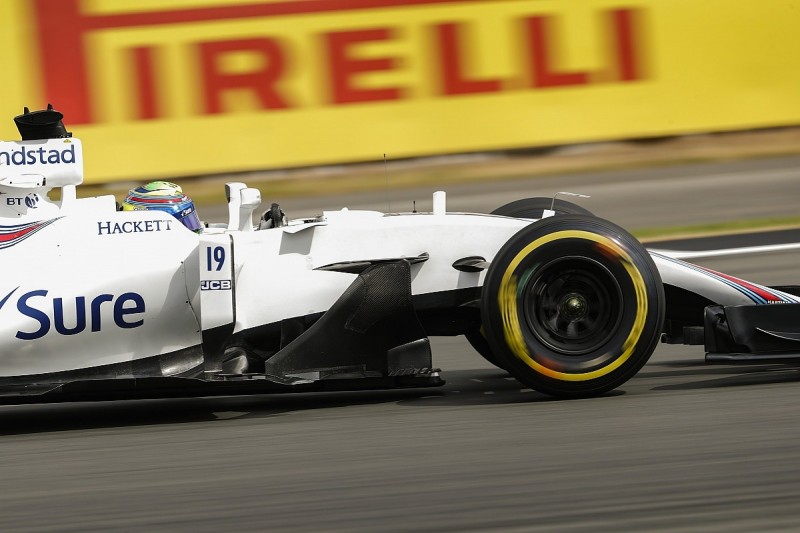 Despite the damage to the new parts, both Massa and Stroll said the team had made a step forward from the Red Bull Ring.

Massa was ninth in FP1 and eighth in FP2, despite a spectacular spin in the second session.

"It was good," said Massa. "It was not really like in Austria.

"The long run feels OK, so everything really went in a good direction, like we had before Austria."

Stroll said it "was not a bad day" despite ending both sessions 15th, though did lament the lack of parts hampering his ability to get to grips with the car.

He added: [There are] a few things to improve on my side but the car feels more competitive than Austria, which is positive."

Massa was placed under investigation for impeding Max Verstappen, but received no punishment.

The Brazilian insisted he had done nothing wrong because he was told Verstappen was on an outlap.

"I had a lot of traffic in the front, so that's what I backed off," Massa said.

"If he was on his timed lap I would not do that definitely."