Formula 1 chief Ross Brawn says some ‘new world’ thinking in the championship has opened the door for a much brighter future.

Liberty Media’s takeover of F1 from 2016 has already resulted in a change of attitude to fans – with grand prix racing opening up its social media channels and embracing concepts like the Netflix Drive to Survive series.

But there have been differences in the way the series is run too, with Liberty trying out radical concepts like the new sprint qualifying format before committing them to the long haul.

Brawn, who is managing director of motorsports at F1, says that the willingness of F1 to embrace new things is encouraging – and should pave the way for it to try bigger and better things in the long haul.

It is in contrast to recent history where attempts to push through any changes met resistance amid fears from teams that it could hurt any competitive advantage they had.

“What I like is the fact that F1 does seem to be changing,” Brawn told Autosport about the sprint race experiment having got approval.

“It is more open minded, and people within the sport are looking at more of the whole overall good of the sport, not just in their own personal positions.

“I don't know if this format particularly helps or doesn't help any team or driver, so that probably helps. I think when you introduce an initiative, some teams may see if it is in their interest or not in their interest, and then it gets difficult. But I think that's been really encouraging.

“And what I see is this sort of new world of F1 having effects in all sorts of ways. Social media has exploded in F1, it was very small five years ago, and Zandvoort, would that have happened five years ago?

“We had that opportunity to develop the track and we had the promoter who was on board to do all that.

“It's a real frustration that Vietnam didn't happen, because that would have been our first sort of Liberty designed track and that would have demonstrated the direction we want to go in. But Saudi is going to be spectacular. So you're seeing this new world of cooperation.” 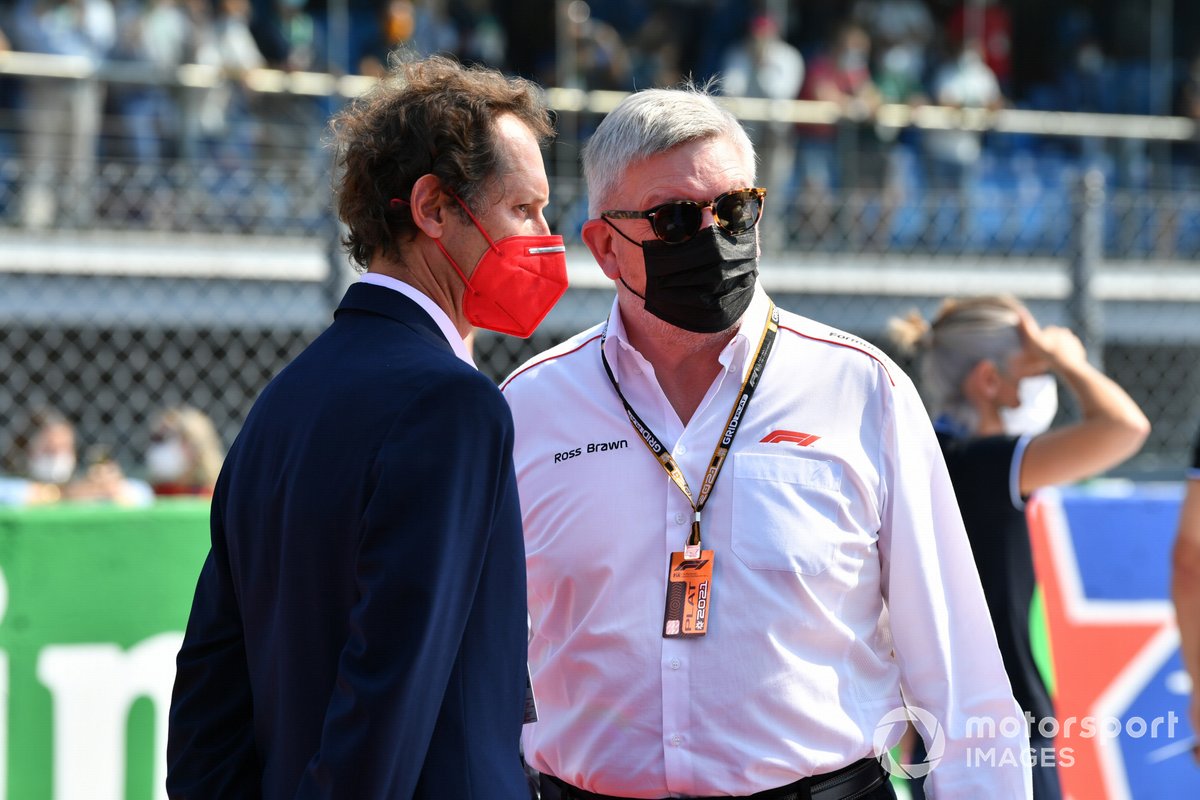 Ross Brawn, Managing Director of Motorsports, on the grid

Brawn thinks that one of the advantages F1’s bosses have now in seeking change with teams is that there is a lot more data and simulation tools available to map out benefits and consequences.

In the past, many proposed rule changes were based more on personal whims and desires rather than robust analysis.

“I think that what the teams wanted to see was it based on evidence, analysis and simulation, because that's the world they are used to,” said Brawn.

“When you sat in a room, prior to this period, everyone had an opinion and nobody had anything to substantiate it.

“After this sprint experiment, we can sit down with facts, figures and numbers. And sure, there'll be some subjective views on how we should move forward, but at least we'll have a lot of objective information to judge it on.

“I think that’s what excites me about F1, and we've got the new car next year that's based on objective analysis of what we needed to do. So all of it is pretty encouraging, and I'm optimistic for the future.”