Following months of speculation about his future, Brawn confirmed on Thursday morning that he is to leave Mercedes and hand over running of the team to its executive directors Toto Wolff and Paddy Lowe.

Rather than feeling that his decision has left Mercedes on the back foot, he thinks that it was better for the outfit's future success that the transition took place now.

"The most important consideration in my decision to step down from the role as team principal was to ensure that the timing was right for the team in order to ensure its future success," said Brawn, who will remain with the team until December 31.

"The succession planning process that we have implemented during this year means we are now ready to conduct the transition from my current responsibilities to a new leadership team composed of Toto and Paddy.

"Mercedes-Benz has invested significantly in both the personnel and infrastructure at Brackley and Brixworth.

"Thanks to the one-team approach we have implemented between the two facilities, the team is uniquely positioned to succeed in 2014 and I am proud to have helped lay the foundations for that success.

"However, 2014 will mark the beginning of a new era in the sport. We therefore felt this was the right time to simultaneously begin a new era of team management to ensure that the organisation is in the strongest possible competitive position for the years to come."

Niki Lauda, Mercedes' non-executive chairman, did try to convince Brawn to stay on at the team but in the end had to accept that his efforts would be in vain.

"We have had long discussions with Ross about how he could continue with the team but it is a basic fact that you cannot hold somebody back when they have chosen to move on," he said.

"Ross has decided that this is the right time to hand over the reins to Toto and Paddy and we respect his decision.

"Toto and Paddy are the right people to lead our team in 2014 and beyond." 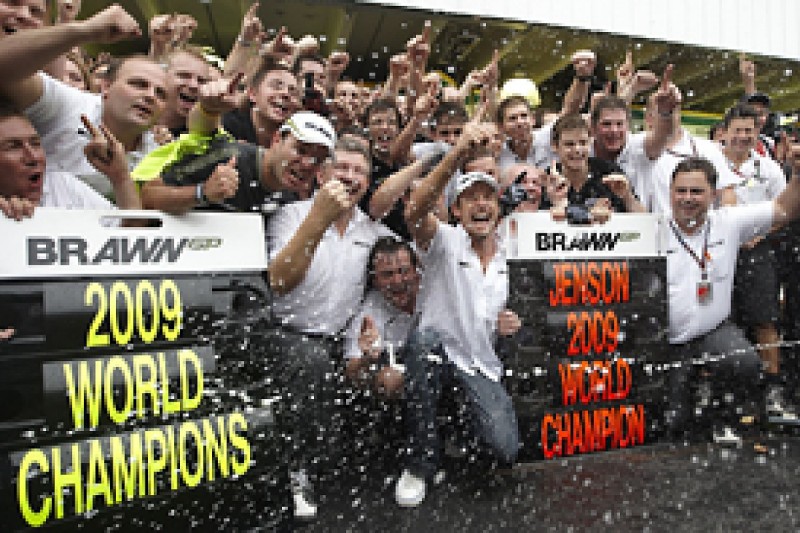 2009: He takes over the team after Honda's exit. Brawn GP wins eight races and both the drivers' title with Jenson Button and the constructors' championship.

2010: Mercedes buys the team and renames it. Michael Schumacher returns to F1, but the team manages no victories and finishes down in fourth.

2011: Another difficult year for Mercedes with Brawn in charge. No wins and just 165 points scored on its way to fourth place.

2012: Nico Rosberg scores the first win since Mercedes' return to F1 in China, but the team then struggles and drops down to fifth position by the end.