The Woking-based F1 squad led the standings after a double podium in Australia, but fell behind Force India when it posted a double retirement in April's Bahrain Grand Prix.

It took McLaren until August's Belgian GP to get back ahead again, before eventually rounding out the season a clear fifth, and Boullier admitted trailing Force India for so long had forced his team to raise its game.

"Being behind Force India was a concern and a wake-up call for everybody," Boullier told AUTOSPORT.

"We were not exactly on the same playing field as Mercedes, but we can't complain as we had the best engine.

"It's easier when you know your downforce and windtunnel is not working [and] you've found the problem with your car.

"When it's more about culture, process and leadership then it's less easy to find the problem.

"It takes a lot of hard work to understand what's wrong and how to bring everybody back together.

"I think we are there now, so we are more efficient and I think everyone at McLaren understands what has happened, which is important so we do not repeat the same mistakes."

Boullier has spent most of his first season in Woking restructuring the technical team at McLaren, and the Frenchman said the squad's constant improvement of the MP4-29 across the campaign vindicated these changes as it gets set to embark on a new era with works engine supplier Honda. 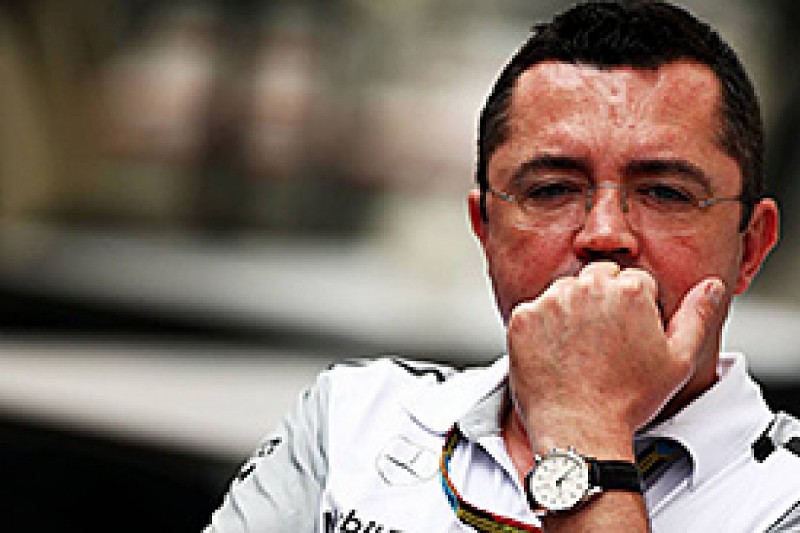 "We got on the podium in Australia, but we knew looking at the numbers we were not competitive and we were lucky to get there," Boullier added.

"We were perhaps the sixth fastest team at the beginning of the year and now we are the third, which means we have improved.

"My target by the end of the season was to have around a 95 per cent restructure at McLaren and that is done.

"All targets have been reached and we can make the transition [to Honda engines].

"It's not easy to manage as it's a different car and different concept, and we have had new people join us, but we are on it.

Esteban Ocon a star of the future, according to Lotus F1 team