Valtteri Bottas says his difficult start to the season has tested his mental strength, but he will not take the "loser's option" and give up on the Formula 1 title fight.

Mercedes driver Bottas underwent "extreme" winter training with a particular focus on mindset as he looked to mount a challenge to team-mate Lewis Hamilton for this year's drivers' championship.

But Bottas has suffered two retirements in the opening five races, with the most recent DNF at Monaco coming as a result of a pitstop issue that denied him second place.

It has left Bottas fourth in the championship, already trailing standings leader Max Verstappen by 58 points and team-mate Hamilton by 54 points.

Bottas acknowledged ahead of this weekend's Azerbaijan Grand Prix that the start to his season has tested his mental strength, but he made clear he would not give up on trying to be a factor in the title battle this year.

"In my case, my beginning of the season, definitely the mental strength has been tested," Bottas said when asked by Autosport how he was mentally managing his tough start to the year.

"It has not been the easiest ride to start with, in the last few races having two DNFs. So yeah, I would say there have been setbacks, and it's all about how you bounce back from those and how you move forward.

"The loser's option is to give up. And it's not something I'm going to do.

"So I'm still keeping very strong mentally and knowing that it's a long, long season ahead and for sure many good battles to come and, hopefully many wins.

"I have full belief in myself, and for us as a team that we still have time to do good things." 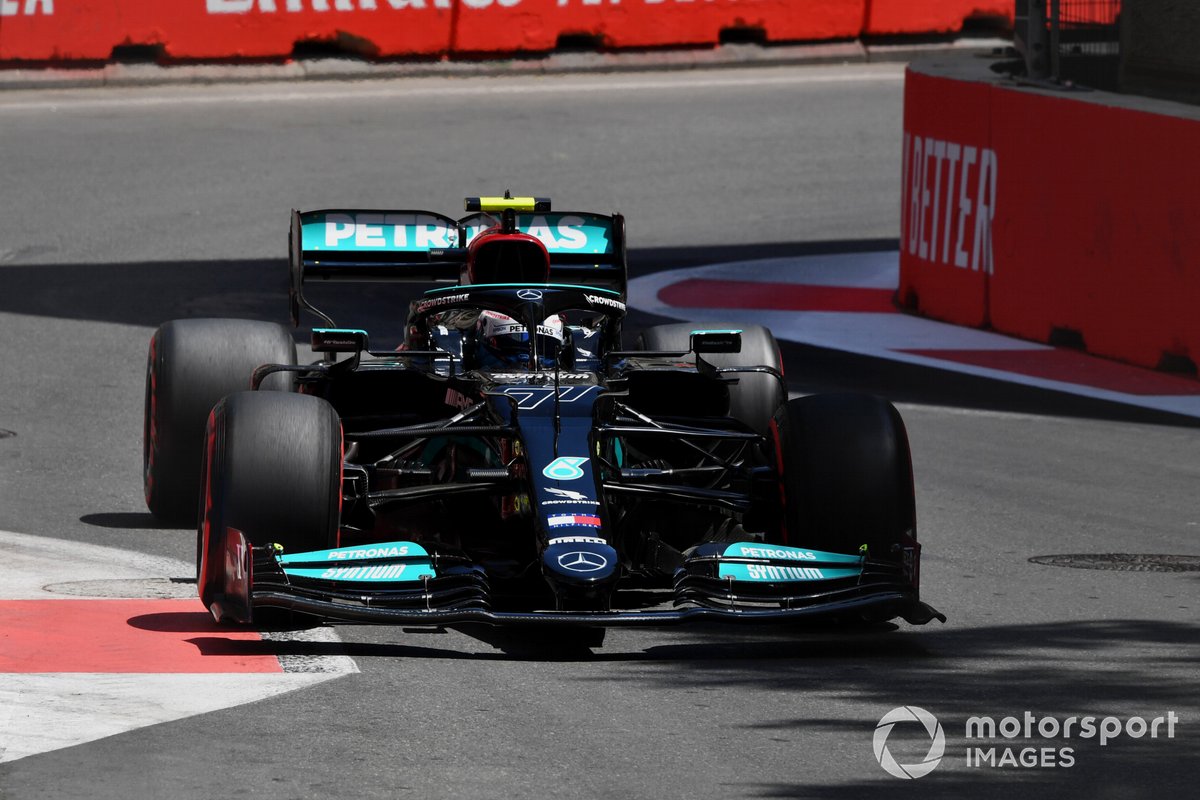 Bottas's retirement in Monaco caused Mercedes to drop behind Red Bull in the constructors' championship as Hamilton could only finish the race seventh on a bad weekend for the team.

The Monaco struggles prompted Mercedes to complete an extensive review of where it could improve in the wake of the weekend, giving Bottas renewed hope heading into the Baku event.

Bottas hailed Mercedes' strong team spirit after Monaco, saying the challenge posed by Red Bull was only motivating it further.

"We will stick together, there's no doubt," Bottas said.

"We have a great team spirit, and we know how much it matters to stick together as a team. We have a big fight on our hands with Red Bull, and it seems like on some tracks with Ferrari as well.

"These kind of things just motivate us even more. And I can see everyone is super motivated this year with the competition so there's no doubt about that.

"We have good spirit and we are keen to get the results we are chasing for, and especially myself, I can tell you that."