Mercedes switched from its traditional white overalls to a black design as part of a pre-season rebrand that saw its car change to a black livery in an anti-racism message.

Bottas reported during the Spanish Grand Prix that the black overalls were "f**king hot" as track temperatures neared 50ºC through the race.

The Finn said after the race that he had lost 3kg through the grand prix, and that the white suits would have been better at reflecting the sun and keeping heat out.

The racewear drivers are required to use in F1 have also been made thicker for the 2020 season, adding to the cooling struggles.

Asked ahead of this weekend's Belgian Grand Prix at Spa if Mercedes had made any changes to the race suits, Bottas said that while no alterations were planned, he did not expect conditions to get so hot again.

"It was pretty hot in the car," Bottas said.

"In theory, as I said after the race, [I don't know] if it's the new material or is it the colour?

"I don't know, but it felt really hot.

"I believe the overalls are the same and I believe that was maybe the hottest race we've had this year are going to have this year. 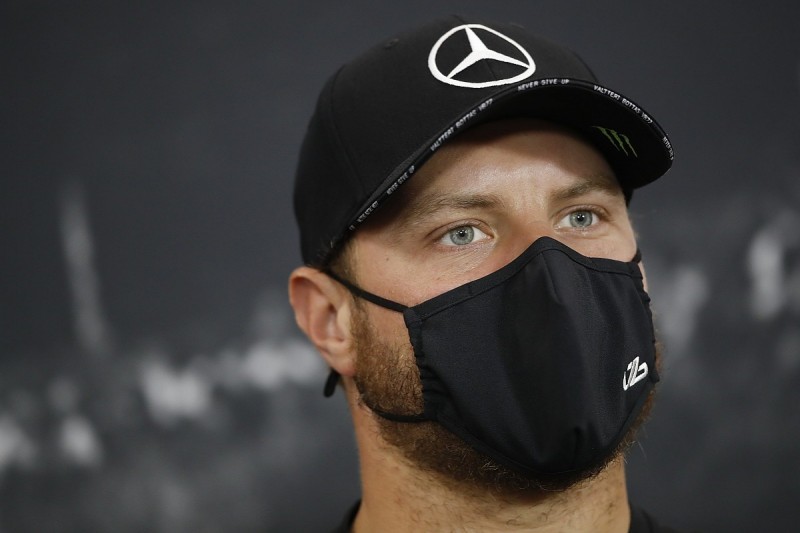 The weather forecast for Spa currently shows a high of 20ºC for the next three days, with rain forecast on both Saturday and Sunday.

Bottas heads into this weekend trailing Mercedes team-mate Lewis Hamilton by 43 points at the top of the drivers' standings, having not won a race since the season-opener in Austria.

Asked if this felt like a pivotal point in the season and his fight against Hamilton for the title, Bottas replied: "Of course.

"If I want to fight for the championship, it means I need to gain points against Lewis, and even Max [Verstappen] is ahead of me in the points, so I need to gain on him.

"I really take it race by race, but of course nothing is over until it's over, so that's going to be the approach."

Hamilton not planning Belgian GP boycott after US protests