Although Bottas had a strong first half of the campaign, winning two races, he has struggled since the summer break as Hamilton has extended his advantage.

"By working hard, by taking every point I can take to improve and work with myself and the team, I believe it is possible [to match Hamilton].

Bottas conceded that Hamilton is currently better than him at working with a difficult car.

"I've noticed we have a bit of a different driving style," he said.

"At some moments the car has been tricky and he has been better at dealing with it.

"Also with my natural driving style I have been in places struggling a bit more with the car, so he has been able to adapt to different situations.

"He is a very adaptive driver, a natural driver and he has got plenty of experience with the team so that also helps. He has so many races under his belt in F1.

"He has been in tricky situations before and dealing with so many different set-up issues at different tracks, which helps.

"I always thought he was good driver, it just confirmed it this year, so no big surprises." 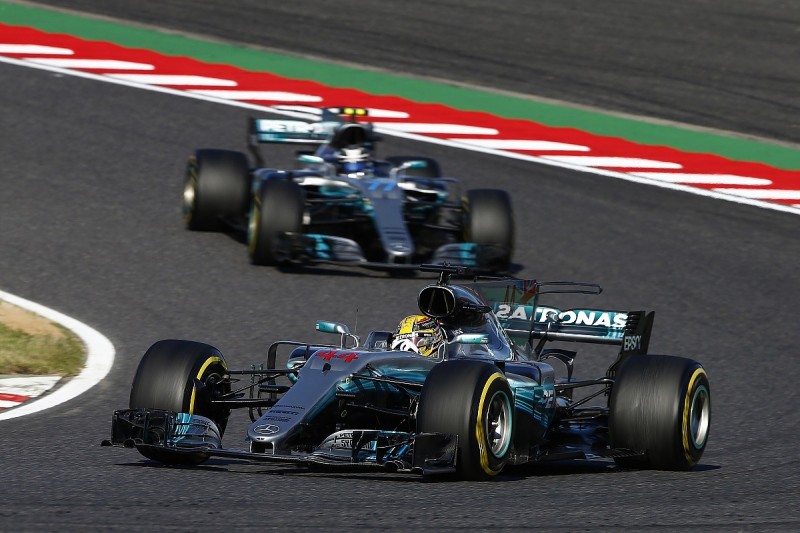 Although things have not been easy for Bottas since the summer, he said he felt much better after a more competitive showing in Japan.

"Definitely I've been able to learn from the struggles I had in some of the past races and been able to improve in certain areas, and that did show a little bit in Suzuka," he said.

"Pace-wise the race was good and without having the gearbox penalty, the end results would have looked better as a team.

"From the struggles I've been able to learn.

"There is always more to learn but for sure it is good for your confidence to have a weekend that is not terrible, after having a couple of bad races in a row."

The fight to defeat an F1 driver's greatest enemy

Kimi Raikkonen: I don't care what critics think of my 2017 driving