Valtteri Bottas has revealed he uses a "negative" computer desktop picture as motivation to "show them what I can do" after a suggestion by Mercedes Formula 1 chief Toto Wolff.

Bottas has endured a difficult start to the 2021 season, retiring from two of the five races so far to leave him fourth in the drivers' championship, 58 points off leader Max Verstappen.

Bottas was on course to finish second in Monaco two weeks ago, only for a pit stop issue to force him to drop out of the race.

The Finn has faced regular scrutiny about his ability to fight for an F1 title during his time with Mercedes as he battles with seven-time world champion teammate Lewis Hamilton.

Mercedes team principal Wolff has frequently talked up his driver's mental strength and resilience, while Bottas himself said in March that he underwent "extreme" preparations over the winter to get himself in the right mindset.

Wolff revealed over the Spanish Grand Prix weekend that one of his management tactics is encouraging employees to have a photo of their rival in a place of prominence to act as motivation.

"You could place a photo of that person in the calendar or on the desk, and every time there is a little lack of motivation, you look at these people," Wolff explained.

"Everyone is free to do it. Of the people I work with, I keep seeing such photos pop out. It's good.

"It's called enemy building, and it's a powerful psychological weapon.

"As for myself, I have two photos that I always carry with me and that are on my desktop.

"Neither of the two people has anything to do with Formula 1 or with racing altogether. It's about business." 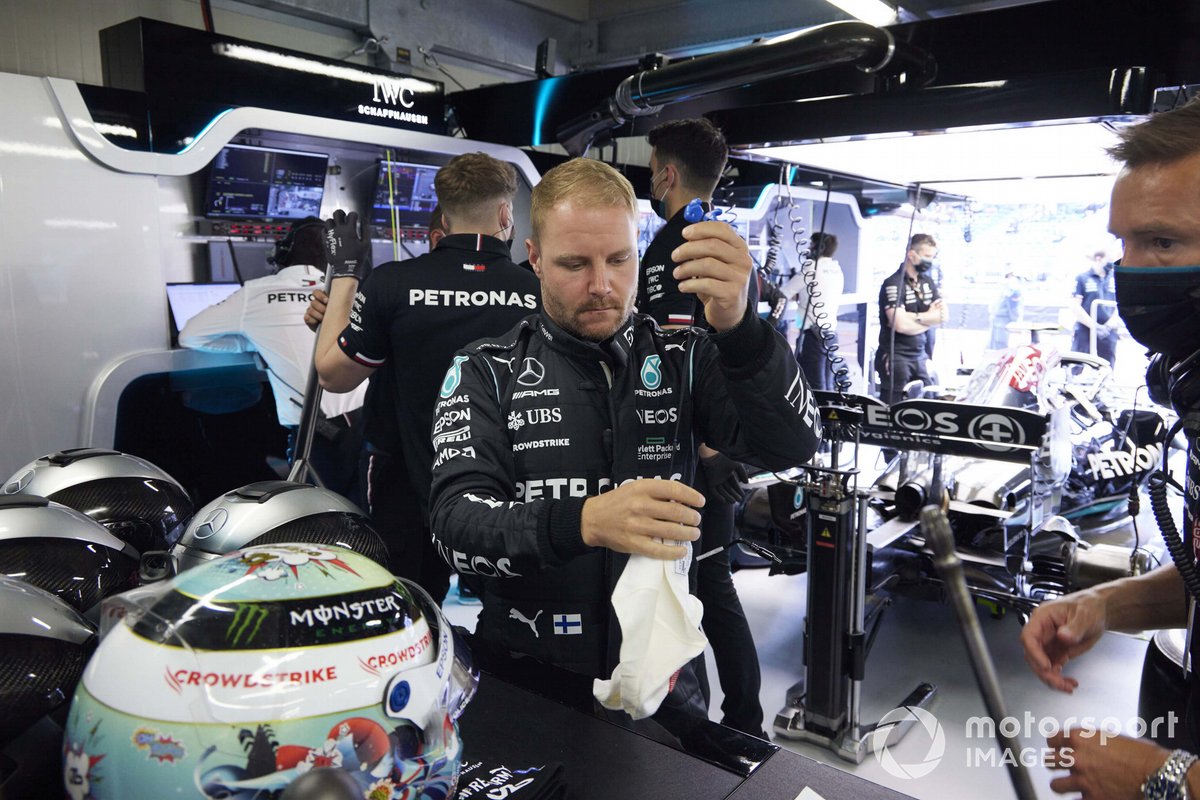 Following Wolff's comments, Bottas was asked by Autosport in Monaco whether he used a similar approach with his direct F1 rivals.

"I don't carry a picture of Lewis or Max in my pocket," Bottas replied, but revealed he does use the idea in a different way.

"I have one, actually inspired by the chats with Toto last year.

"I have one thing on my computer, a desktop picture, that is a motivation to me every time I open the computer.

"It's not really a positive thing. It's a negative thing that always reminds me to show them what I can do."

But Bottas would not reveal what the picture was, saying: "I won't tell you."

This weekend's Azerbaijan Grand Prix will see Bottas bid to repeat his charge to pole and victory from 2019 when F1 last visited Baku.