The 2016 GP2 runner-up, who has been named Ferrari's third driver for the 2017 season, has been drafted in by Sauber to substitute for the withdrawn Pascal Wehrlein.

Giovinazzi drove the C36 in place of Wehrlein during the first Barcelona test but practice on Saturday morning was his first experience of the Melbourne circuit.

He was on course to make it into the second phase of qualifying but missed out by less than two tenths of a second when he made a mistake on his final run and team-mate Marcus Ericsson improved.

"I'm really happy with the performance," said Giovinazzi, who will start his first grand prix 16th.

"After the second set of tyres I was a little bit in front of Marcus, I tried to push more and I made a mistake at Turn 15.

"It was my first qualifying, I already expected less than what I got.

"I'm happy to be just a few tenths from Marcus with more experience with the car, with F1.

"I think it's good enough."

Giovinazzi said he was not sure he would have stayed ahead of Ericsson without that error, as he had already lost time with a lock-up at Turn 1.

Ericsson, who will start 15th, admitted he "had to put in a good lap to beat" his new team-mate.

"I don't know if I was surprised, but I was quite impressed, let's put it that way," the Swede added. 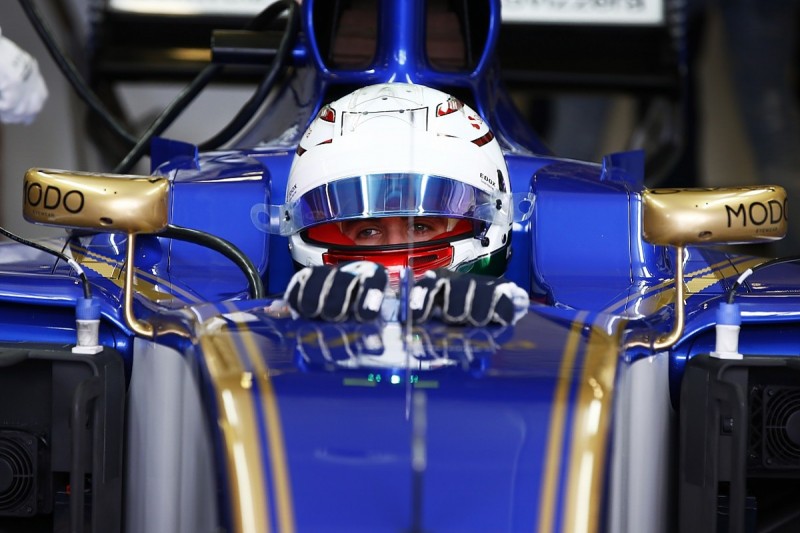 On Sunday Giovinazzi will become the first Italian driver to start a grand prix since Jarno Trulli and Vitantonio Liuzzi contested the 2011 season finale in Brazil.

Giovinazzi said it was "really important" for his country to have an F1 driver again, and called the opportunity a "dream come true". "I still can't believe it," he said.

"It's a dream since I was a kid in karting to do one grand prix.

"I came here, yesterday I was working in the Ferrari garage and now I'm here to talk to you after qualifying - and tomorrow we race.

"It's an amazing sensation and I can't wait for tomorrow."

Werhlein has withdrawn due to fitness concerns and Giovinazzi admitted he was not sure what state he would be in at the end of the 58-lap race, having not focused on long runs when he appeared in testing.

He said: "I think I will be quite prepared but we'll see if I'm fit or not!

"It will be a long race, anything can happen, so I need to do the same job I did today."

The key technical developments from Australia