Raikkonen stopped at Turn 4 on his out-lap after the problem - caused by damage from a cross-threaded nut at an earlier stop - was detected, costing him a likely fifth-place finish.

But while unsafe releases usually lead to teams being punished, FIA technical delegate Jo Bauer accepted that the car was not sent out of the pits in an unsafe condition.

One of the crew on the left-rear corner of the car did signal that there was a problem when Raikkonen's car was released.

But the stewards, including Le Mans legend Tom Kristensen, deemed that Ferrari had monitored this situation closely and stopped the car as soon as the data and Raikkonen confirmed there was a definite problem.

"The team explained that the system used to monitor the pitstops gave no indication that the car was in an unsafe condition when released and the team caused the driver to stop immediately [once] the problem was apparent from the driver and telemetry.

"The team had paid close attention to the telemetry after the actions of the team members involved in the pitstop and further that the FIA technical delegate accepted the car was not in an unsafe condition when released.

"The stewards took no further action."

Team principal Maurizio Arrivabene was seen talking with the pit crew after the incident, which he stressed was primarily to ensure the team remained focused.

"I went down into the box first of all to calm them down because I didn't want them to panic," he said.

"Second, I was asking the mechanics what had happened and if he could explain it to me.

"I simply said to him 'calm down, be focused, don't worry'". 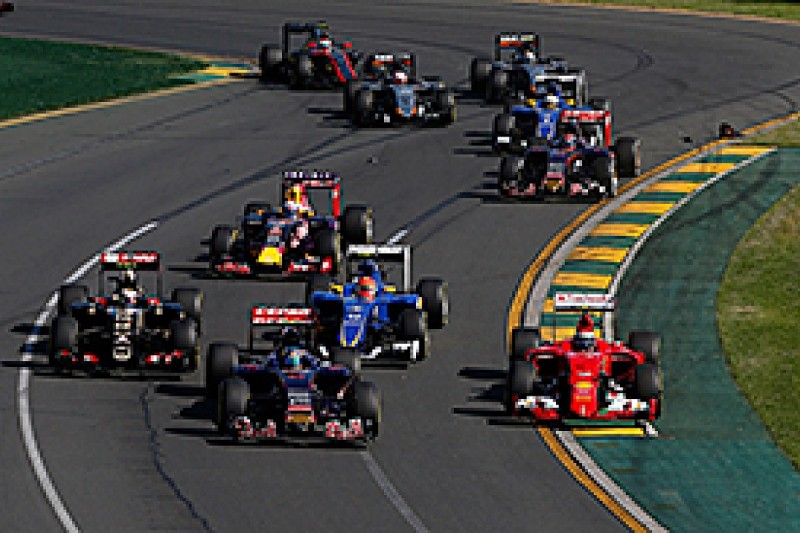 Raikkonen's race was also affected by minor damage from a first-corner incident triggered when he was hit by Carlos Sainz Jr's Toro Rosso.

The slowing Ferrari then got into a three-way contact with Felipe Nasr and Pastor Maldonado as both tried to drive around it, sending Maldonado spinning into the barriers.

"I got hit by Sainz on the rear wheel, the floor got damaged and the rear," said Raikkonen.

"The car went into anti-stall because of that, then obviously I was slow before I could get the gear in, then I got hit by the Sauber quite heavily so it damaged the front wing, but it was the Toro Rosso of Sainz that started everything."

Sainz admitted responsibility for the incident.

"I just know that I braked a tiny bit too" late, probably a bit too encouraged by the great start I got, and unfortunately I hit one of the Ferraris. I'm sorry for that. But lesson learned," he said.

F1 Australian GP: Ferrari podium must not be a one-off, says Vettel