But the F1 organisation is limited on what it can do to improve the situation with available camera housing points.

FIA technical regulations state that "All cars must be equipped with four positions in which cameras or camera housings can be fitted."

All 20 cars are currently obliged to carry a camera for the overhead shot from the top of the airbox.

The fitting of cameras in the other positions - either side of the airbox, in the mirrors and on either the side of the nose - varies from car to car, and is decided by the F1 organisation on a race to race basis.

While some camera shots were seen when teams tested the Halo in FP1 sessions over the past couple of seasons, Friday's practice sessions in Australia represented the first real opportunity to see extensive running involving the definitive halo on a range of cars.

Most observers believe that the traditional main overhead shot that is available from all 20 cars is still acceptable, and while the halo appears, it does not cause too much disruption.

The bigger issue was with the optional "chassis shot", provided by cameras mounted alongside the airbox, which provide a view over the driver's shoulder that is now almost completely obscured by the halo.

"One thing that strikes me is that a good 50% of the useful screen is black," said Force India chief operating officer Otmar Szafnauer.

"It's early days. I'm sure with feedback we'll think of clever ways to do it."

F1 sources acknowledge that the organisation has some work to do to hone its coverage, but the challenge is that it is limited to the camera positions that are mandated in the regulations. 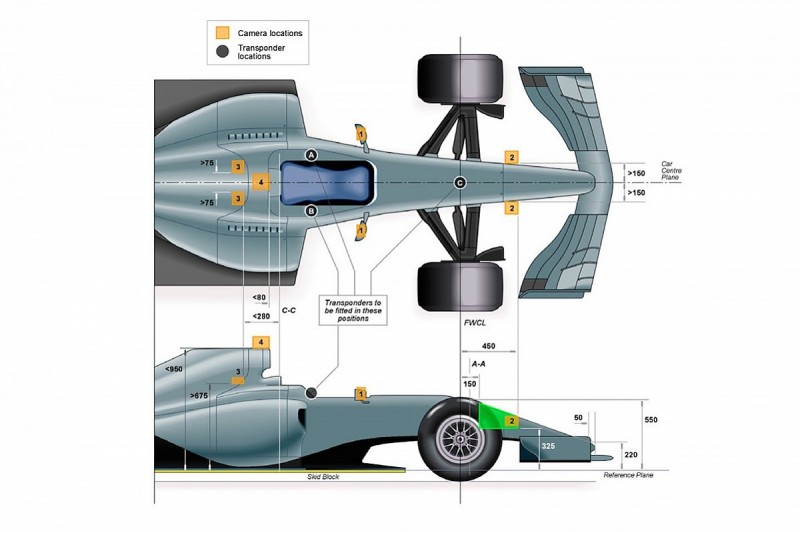 The rules also states "Competitors must be notified of any changes to the camera or transponder installation instructions before 30 June of the previous season."

This ensures that there can be no changes to mounting positions within this season - and that any planned modifications for 2019 will have to be agreed and confirmed by that date.

In the interim, F1 can now play around with its usage of the existing camera mounting points, some of which have previously been employed relatively sparingly.

With the now compromised forward chassis shot likely to be phased out, more emphasis can be put on nose cameras, and chassis mounting points can be used instead for a reverse view.

Meanwhile F1 can work on revising the location of camera housing points for 2019 in time to meet the June 30 deadline.

"We don't want to have shots that aren't interesting or exciting," an F1 insider told Autosport.

"Our model is to evolve shots that are entertaining. But we're not going to make a knee-jerk reaction."

Video: How Ferrari's 2018 F1 car differs from its predecessor