The British company has had a title sponsorship deal with Red Bull since last year, expanding a pre-existing relationship that included an alliance with Red Bull Advanced Technologies to build the road-going Valkyrie hypercar.

Aston has explored the prospect of building an engine to F1's planned 2021 rules but Red Bull has switched from Renault to Honda engines since that was openly talked about.

Andy Palmer, Aston CEO, told Autosport that the company is very pleased with Red Bull's Honda partnership, but would be willing to revive its own engine interest should Honda opt not to commit to F1 beyond 2020.

"Would I like to be a little bit more involved [in F1] technically? I think that depends," Palmer said following last weekend's first public run for the Valkyrie hypercar at Silverstone.

"The obvious place for Aston to become involved in would have been the engine.

"I think that's a question on whether Honda continues to develop the engine.

"Clearly they have a lot more money and musclepower than we do. I don't think we're going to muscle in on that while the relationship with Honda exists. 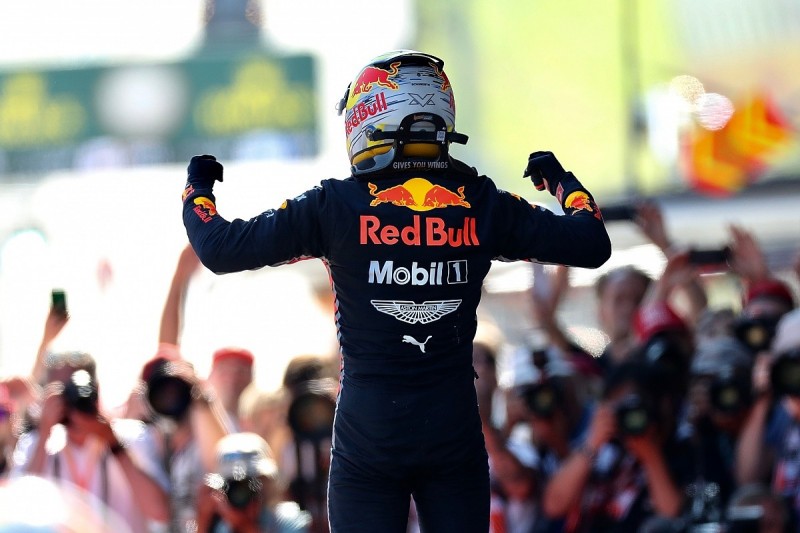 "We're very happy with that relationship and we're happy to see it continue. But nobody knows quite what the regulations will be beyond 2021 and who is going to be involved in that.

"We stand ready from that point of view, with the hope that Honda will continue.

"Our focus is now mainly looking at the development of the Valkyrie, Valhalla, Vanquish series and the exploits in Le Mans."

Aston will build a race version of its Valkyrie to compete in the World Endurance Championship's new top-tier Hypercar class from 2020.

Red Bull's tech division is expected to remain "significantly involved" but no firm details have been decided. Palmer considers the Valkyrie project to be a validation of the "authenticity" of Aston's partnership with Red Bull.

He added that its commitment to Red Bull in an F1 sense is only limited to "bits of paper in place to when the contract ends", suggesting a renewal of its current deal is likely.

"We just see it continuing as long as they are racing and we are involved with other things with them, we'll continue."