The Silverstone-based squad stood out on the grid this year for the way that it frequently went in to grand prix races with no new medium and hard compound tyres left.

That was because regularly in free practice sessions it scrubbed race sets of tyres for a single lap.

The tactic caused some intrigue and prompted theories that the team was doing it because it believed that putting tyres through a controlled and gentle heat cycle in a practice lap could make the cured chemicals more durable in race conditions.

However, Aston Martin’s performance director Tom McCullough has explained that its policy was actually prompted by it needing to increase its live pitstop tyre practice.

With its pit crew having had a tough time adapting to the heavier 18-inch tyres this year compared to other teams, especially amid the heightened pressure when a car comes in at racing speeds, Aston Martin elected to do something different.

McCullough said: “At the start of the year, we were really struggling with pitstops: we were the eighth, ninth or 10th best team at pitstops.

"And you can't really race strategically with poor and inconsistent pitstops.

“We found that in practice we weren't too bad. But, as the cars are rolling into the box, especially in a stack situation, we struggled for various reasons.

"So we started off by just saying: 'well, if we can do live pitstop practice during a race weekend, it helps. So how many can we do?'

“Often we do it on tyres that we don't even use in the race. So it’s just to give the pitstop practice a go. That is the main reason for doing it.” 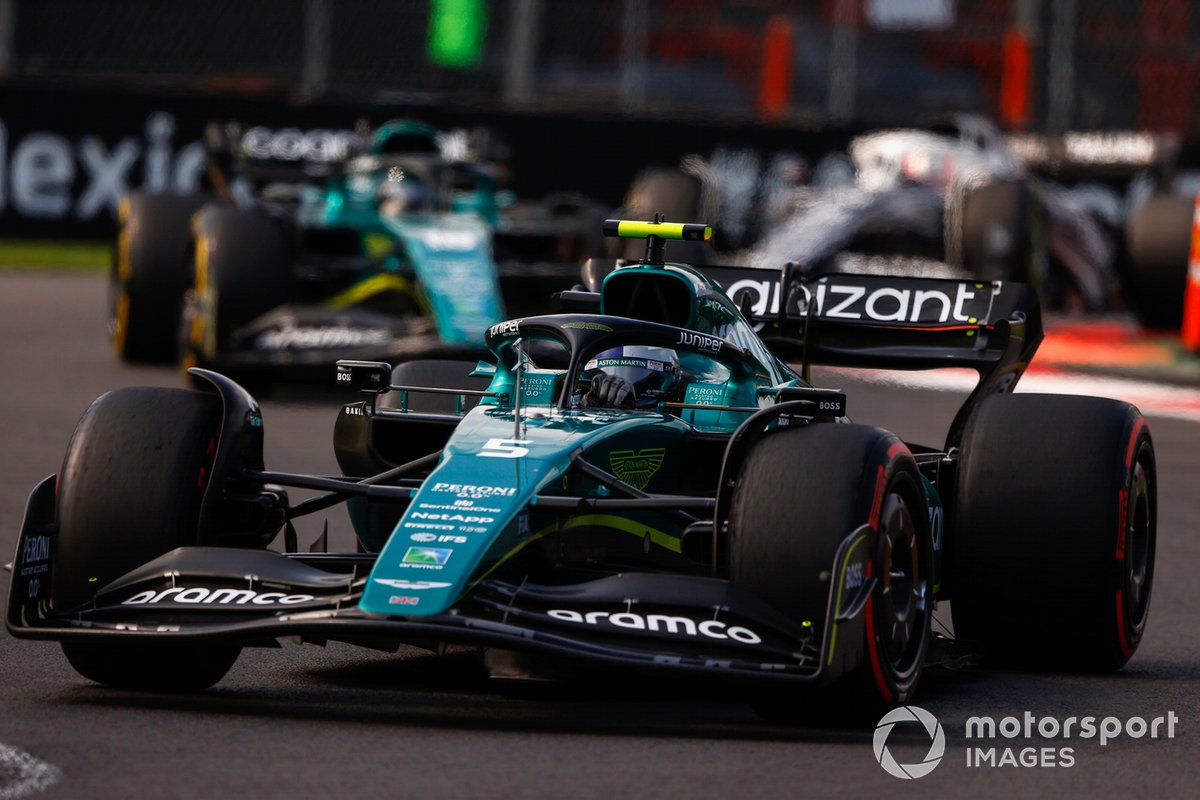 McCullough did believe, however, that there were some specific events where a scrubbed tyre could be more beneficial than a brand new one for the race.

“We do try to understand those compounds, and there are some very small circumstances at certain tracks where maybe it helps,” he said.

“But generally it's not the reason we're doing it.

“There are pros and cons, but from a pure start performance side of things, you want to be on a new tyre.”

Speaking recently about whether there were gains to be had from scrubbing tyres, Pirelli’s head of F1 and car racing Mario Isola said: “I spoke to Aston Martin many times about that and in my opinion, with our tyres, with the characteristics of our compound, this is not very useful, I will say.

“But it is their choice. It is not forbidden. And they can do that.

"Usually this lap to scrub the tyre, maybe you take out the peak of grip, but you stabilise a little bit more the compound. But it depends on how the compound is designed.

“But the level of curing of the compound and knowing our product, I would say that is not really making a difference.”