Red Bull's current Renault engines have been branded TAG Heuer since 2016 to avoid the team having two car makes in its title, but Aston Martin will have to share space with Honda next season.

Aston Martin CEO Andy Palmer told Autosport his company had no issues sharing naming rights with the Japanese manufacturer, despite any confusion that could cause, because the two makes appeal to different customers.

"But let's be brutally honest. While it was called TAG, everybody knew it was a Renault. And in that sense, [what is] the difference between whether it is a Renault or a Honda?

"Aston Martin has zero cross shopping with both brands. So we are completely indifferent to the name."

Palmer said Aston Martin was consulted by Red Bull about its decision to switch to Honda, and stressed Aston was fully supportive of any move to help the team be more competitive. 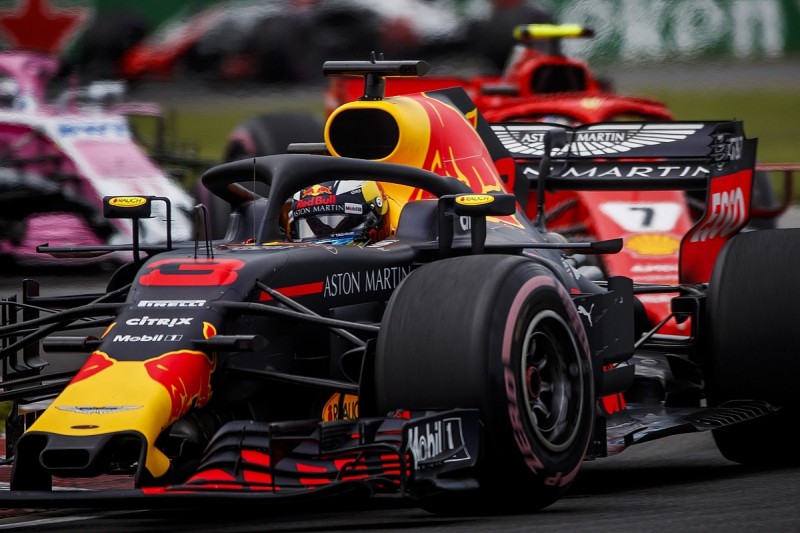 "If it was a Ferrari engine I would have a problem!" he said. "And that would be a red line.

"But our customers don't cross shop us with either Renault or Honda, and can I say that Honda is more of a problem than Renault covered up with the name of the TAG? I honestly don't think so.

"We've known about it for a while and we fundamentally agree with where Red Bull wanted to go.

"Let's be clear: we don't have a veto, we were simply part of the consultation process and that is part of the philosophy by which we go Formula 1 racing.

"We think it is generally better that experts in Formula 1 go racing than owning your own team.

"The criteria for us is a very simple one, which is do everything you can to win.

"Clearly the team felt that by going from Renault to Honda, it is going to give them a better chance of winning. In that sense, I commend the decision."