Aston Martin's technical director Dan Fallows insists the Formula 1 team is not losing out by using a Mercedes customer engine.

Team owner Lawrence Stroll has ambitions to challenge for the world championship in the coming years, which would mean beating the works Mercedes team with the same engine.

Traditionally top teams prefer to be in charge of their own destiny by having control over power unit development and the capability for the engineers to work closely with the chassis department.

Stroll has hinted in the past that Aston Martin could have its own engine, but there are no plans to create one for the 2026 regulations.

"I don't feel that is," he said when asked if a customer engine was a barrier to progress. "I certainly don't feel that having the Mercedes HPP engine in our car has been in any way negative for us.

"I think it has proved its reliability, its performance is where it needs to be. I don't really think in modern F1 that is a problem at all."

Aston Martin currently takes the complete rear end from Mercedes, including the gearbox and suspension components that are allowed to be shared by teams under the listed parts regulations. 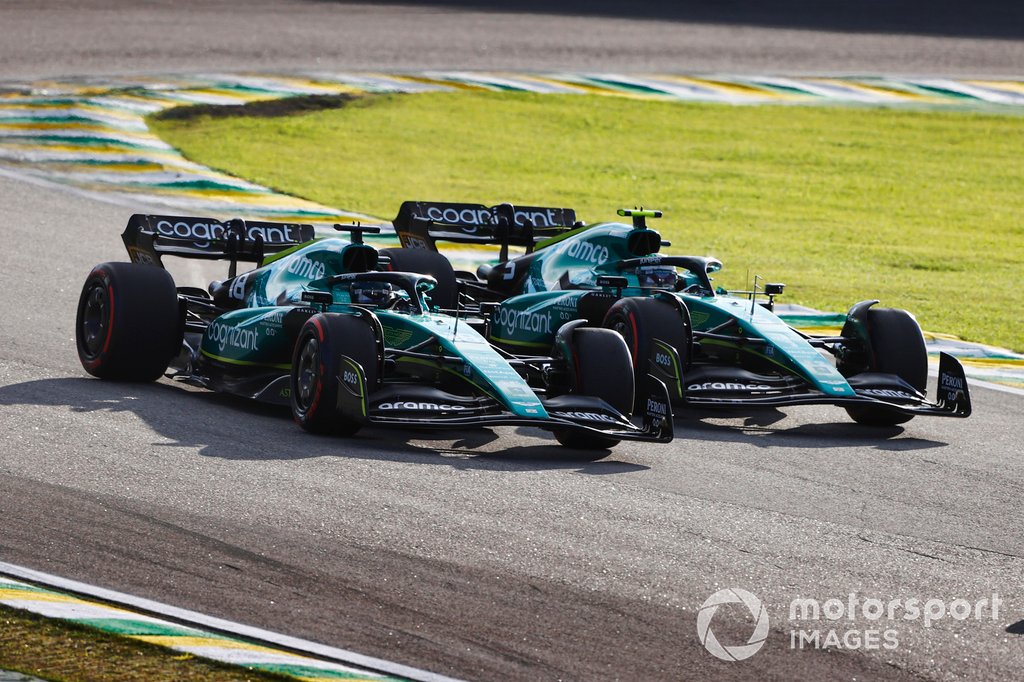 Fallows acknowledged that the team may opt to build more in-house in the future.

"I think we're pretty open-minded about that kind of thing. As I said, I think what this team has gained from its relationship with MGP has been immense.

"And as we move into the future and do things our own way or take on our own projects, we're very mindful that we have to be able to do them at least as well as, if not better than they do.

"That's a capability we would have to build up before we even thought about making those decisions."

Asked if that could include the team building up the capacity to build its own gearbox in future years Fallows said: "I don't know. Honestly, what we look at in the future is all open, really.

"Lawrence is very open about his ambitions for this team, and I think we always have to evaluate what is the next thing that will help us become more competitive.

"At the moment, I don't see any of the stuff that we get from MGP is holding us back in any way."

Mercedes felt like it had "ghost in the car", says Hamilton