Alonso was released by Alpine to drive an unbranded AMR22 in the Pirelli tyre test that followed the Abu Dhabi GP, giving him a useful head start as he gets to know his new team.

He may get more running in the 2022 car as Pirelli starts its 2024 tyre testing programme in the new year.

“It was straight to the point at all times, and it was very friendly and open, transparent, I think in both directions. We’re very pleased with how this day went, really.”

Asked to compare Alonso with his predecessor Sebastian Vettel Krack said: “Different, yes, because they have different backgrounds. One is Latin, one is German. That makes a big difference.

“But what they have in common is the focus, the focus on improving, the focus on making progress, and also isolating what makes us progress instead of maybe being detailed. Some similarities, but also some differences.” 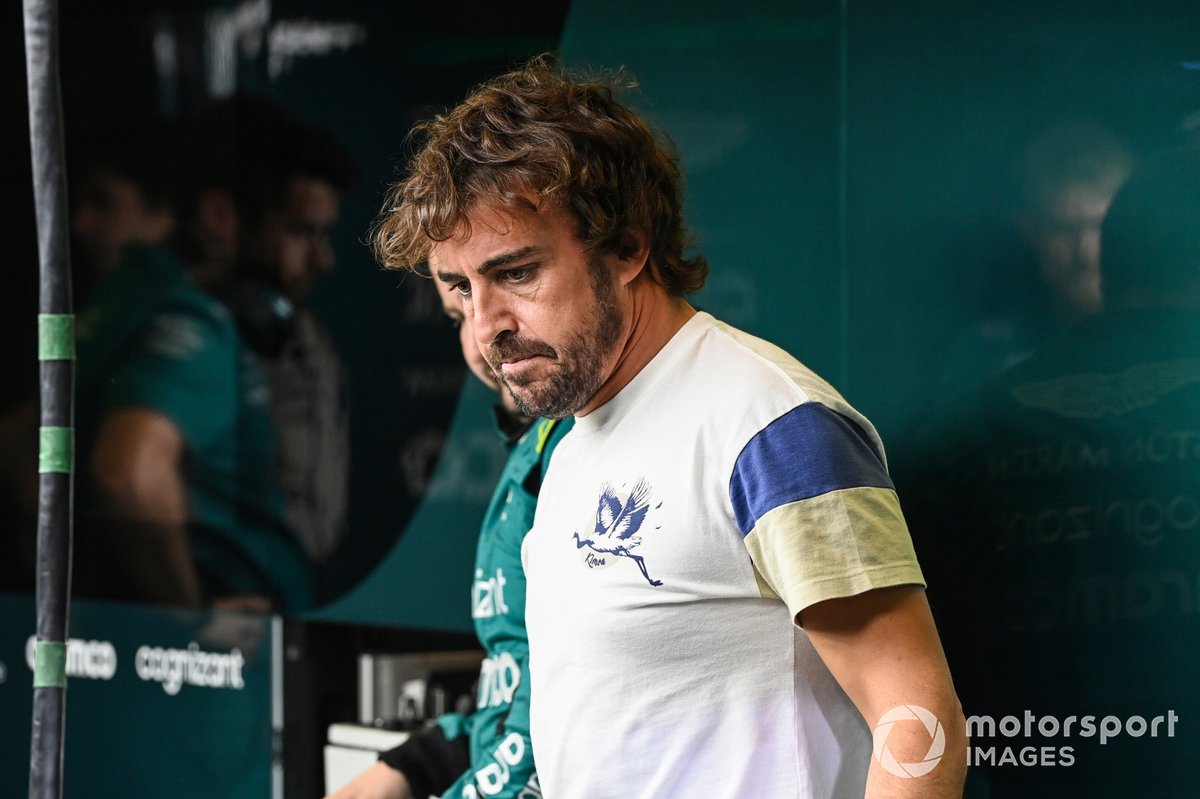 Krack said it was already apparent that Alonso will be a motivating force for the team.

“I think with Fernando, I always hold up this picture from the Mexican Grand Prix about his frustration of not having finished seventh. This is an example of the dedication and motivation.

“So if you have someone with this passion and drive to win, I think he has an impact on the team, and we could clearly see that, how everybody was really happy to have this guy in the car.

"I think he ignites maybe another spark from his own passion and desire to win onto the team.”

Krack hinted that Alonso could remain involved with Aston Martin even after he retires from the cockpit: “We’ve had some very good conversations already with him. This in my opinion can go beyond driving.

"Fernando joining us has been a core part of the team, and we have to see how this is going to develop. But I think he can have a big role to play in the future of the team.”

Aston Martin technical director Dan Fallows agreed that Alonso can make a significant contribution to moving the team on.

“From a technical perspective it’s important that we have drivers who are able to give good feedback,” said Fallows.

“I don’t say positive feedback, because that’s not always the case. But good feedback, and able to describe how they are feeling in the car, that is very important for us.

“We are very fortunate in that Lance [Stroll] is very good in that respect as well.

"I don’t think by Seb leaving that we were missing anything particularly.

"But we do want to produce a car that is significantly better for next year, we do want to see that progress, and we need to make sure we have drivers who can extract the most out of that.

“As I say, with Lance I think we have a driver who is able to drive the car, clearly Fernando has a huge amount of experience and has a proven track record of doing that as well. It’s a very exciting driver line-up.”