Alpine’s engine reliability problems at the start of the Formula 1 season have been a consequence of porpoising rather than any inherent design weakness, the team has revealed.

While the French car manufacturer has shown strong pace at the beginning of the campaign, both Fernando Alonso and Esteban Ocon have suffered their share of engine dramas.

Alonso has already lost one powerunit as a result of a water pump failure in the Saudi Arabian Grand Prix, while the fate of Esteban Ocon’s first unit is in doubt after it had to be replaced as a precaution ahead of qualifying at Imola.

Against the backdrop of a push from Alpine CEO Laurent Rossi for the team to focus on performance rather than reliability with its new 2022 powerunit, it has prompted some to suggest the team has gone too far.

But speaking ahead of the Emilia Romagna Grand Prix, the team’s engine chief said the issues t is experiencing are more related to the consequences of porpoising than anything inherently wrong with its design concept.

The intense shaking and impacts with the track that F1’s 2022 cars are experiencing thanks to porpoising have pushed some components over the edge, which is what has triggered Alpine’s early headaches.

Bruno Famin, who is executive director of Renault’s engine division at Viry-Chatillon, said the cause of the trouble was the way the car environment was so harsh in 2022.

“I think the new generation of car, with the new chassis and the new aero, is in generating a different level of constraint on the car,” said Famin, when asked by Autosport about the cause of the reliability issues.

“The cars are very stiff, are very low, and they have some quite big impact on the car. The problems we had were not from the ICE (Internal Combustion Engine) itself. They were from components around the ICE, unfortunately, with some impact sometimes on the ICE.

“The ICE itself is very good. We have not got any single issue on the ICE, but the impacts are generating new levels of constraint that we are solving.

“The problem we had in Jeddah with Fernando's engine [water pump failure], we already asked for a modification to the FIA. That has been accepted. The modification is already in the engine for this weekend.” 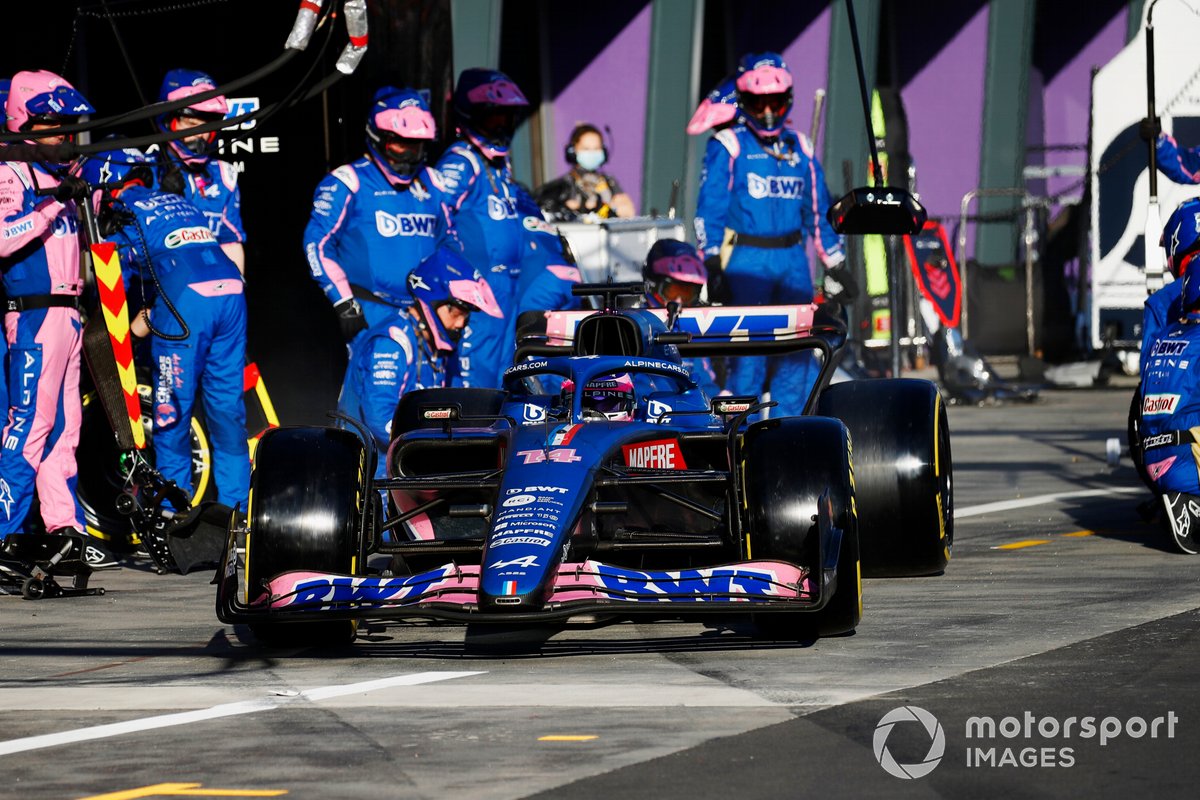 Famin was clear that Alpine was not alone among the manufacturers in experiencing reliability problems.

“All the manufacturers are sending reliability requests to the FIA, and it's public between the PU manufacturers,” he said. “We see that we are not the only one in having small reliability issues.

“But when you are just talking about a four years’ freeze period, I think you have no other choice than going to the best possible engine knowing that the FIA will not accept any modification, any improvement, in terms of performance But they will accept some modifications for reliability issues.”

While Alonso's Saudi engine is now out of action, Famin confirmed that the powerunit that the Spanish driver started the season with, but was taken out as a precaution for Saudi Arabia, was now back in the engine pool and could be reused.

However, the situation of Ocon’s first powerunit was not so clear cut as Renault faced issues in terms of how to inspect it without breaking FIA seals.

“We're still investigating it,” he said. “The problem we have with Esteban's engine is we would like to put it on the dyno again to see if it could continue. But unfortunately, it's not possible with the FIA regulations.

Binotto: Sainz has to manage pressure of frontrunning F1 car