According to a report by Gazzetta dello Sport in Italy, two-time F1 world champion Alonso was hit by a car while out on a training ride near Lugano in Switzerland.

Alonso was taken to hospital following the accident, but is conscious and "well in himself" according to a statement from the Alpine F1 squad.

"Alpine F1 Team can confirm that Fernando Alonso has been involved in a road accident while cycling in Switzerland," a statement from Alpine reads.

"Fernando is conscious and well in himself and is awaiting further medical examinations tomorrow morning.

"Alpine F1 Team will not make any further statement at this point in time. Further updates will be given tomorrow."

The incident leaves question marks over Alonso's fitness just six weeks before the start of the new season, when he is due to make his F1 comeback with the rebranded Alpine squad following a two-year break from the series. 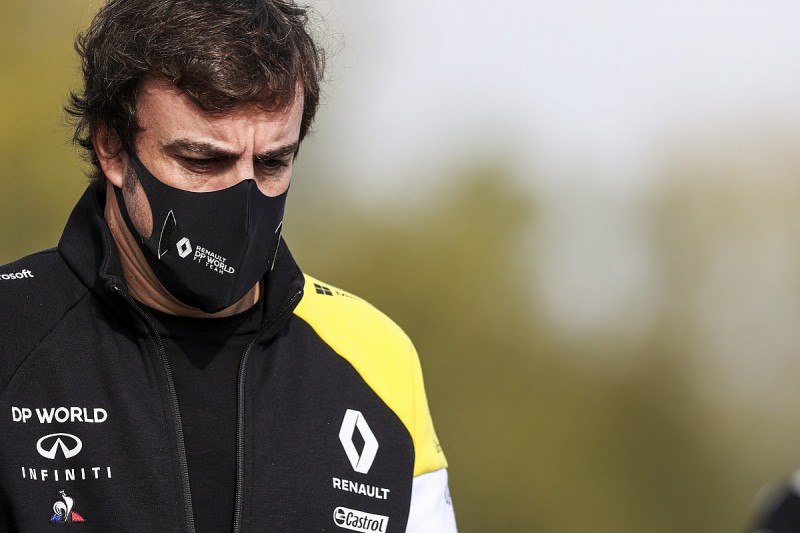 Since making his final F1 start with McLaren in 2018, Alonso has raced in sportscars, IndyCar and the Dakar Rally, but announced last summer that he would be returning to grand prix racing in 2021 on a multi-year deal.

Alonso ramped up preparations for his return to F1 by completing extensive running in the 2018-spec Renault F1 car last year, as well as twice sampling the 2020 R.S.20 model.

Alpine has not formally announced any plans for a reserve driver ahead of the 2021 season, should the team be required to find a stand-in for Alonso. Ex-Williams driver Sergey Sirotkin served in the role last year.

Alonso heavily-embedded himself within the Renault squad throughout the second half of last season to help his preparations, as well as being reunited with his title-winning Renault F1 car from 2005 for some show runs in Abu Dhabi.

His return to the grid for the 2021 season comes 20 years after he made his F1 debut with Minardi in 2001, starting a career that has yielded 32 grand prix victories and 97 podiums across stints at Renault, McLaren and Ferrari.

The team is due to unveil its new F1 car, the Alpine A521, at a launch event in early March, with the first extended running of the car scheduled for 12 March when pre-season testing begins in Bahrain, two weeks before the start of the season.