Fernando Alonso has played down talk that he is focused on a return to Formula 1 next year, as he suggests he can find better "challenges" elsewhere

The Spaniard is currently free of racing commitments, as his Indianapolis 500 assault with McLaren and WEC tenure with Toyota having now finished.

Given uncertainty about the future of Sebastian Vettel at Ferrari, recent speculation has linked Alonso with a potential return there next year - and sources have suggested the Spaniard's representatives have been sounding out teams to check on their 2020 plans.

But amid the ongoing speculation, Alonso has moved to dismiss the idea that he is now waiting for the F1 driver market to sort itself out so he can make his next move.

"In recent years, what F1 can offer me on a personal level is not attractive enough," he said during the launch of the Esports 'Liberbank Challenge' that he is helping support.

"It was an exceptional stage for me, but today I do not find in F1 the challenges I can get outside it." 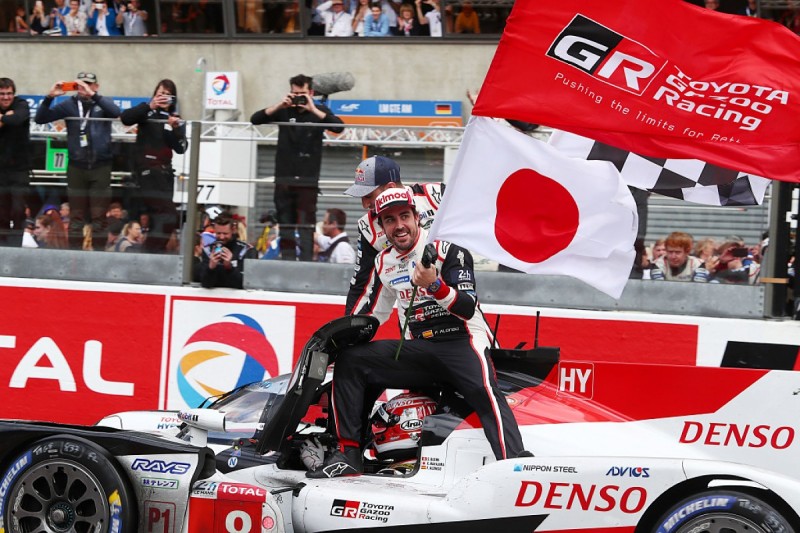 The two-time F1 world champion said he had already decided what his next move in motor racing would be, but added it was too early to reveal details.

"I do not leave doors open and I am not waiting or looking for anyone to call me.

"I always choose where and when I wanted to race, because I move based on what makes me happy.

"What I do in the future is in my head and it will be known in due time."

Alonso has, however, effectively ruled out an assault on the Dakar Rally, despite a recent test in a winning Toyota Hilux.

"It's an attractive event, the most important, but also opposite to my qualities or way of driving," he said.

Why F1 must sacrifice its 'DNA' for the spectacle