Alonso: My age not a problem to stop possible 2021 F1 comeback

Fernando Alonso says he does not think age will be a problem if he returns to Formula 1 in 2021, by which point he will be 39 years old

Alonso, who last raced in F1 with McLaren in 2018, is eyeing a return to grand prix racing for next year - to coincide with the introduction of the major rule changes that aim to close the gaps between the cars and spread success throughout the field.

If he can find a seat on the 2021 grid, Alonso would be re-entering F1 after two full seasons away, but after securing considerable success in other categories. When asked, as part of an exclusive interview with F1 Racing magazine, if an F1 team would see his age and recent absence from the grid as a problem, Alonso said: "I don't think age will be a problem.

"These cars, with no fuel stops, are not so demanding.

"You drive seven or eight seconds [a lap] slower on a Sunday than you do on a Saturday.

"Also, with the new 18-inch wheels [that F1 is introducing as part of the 2021 rules package], it will change the handling of the car and everyone will need to reset the way they drive." 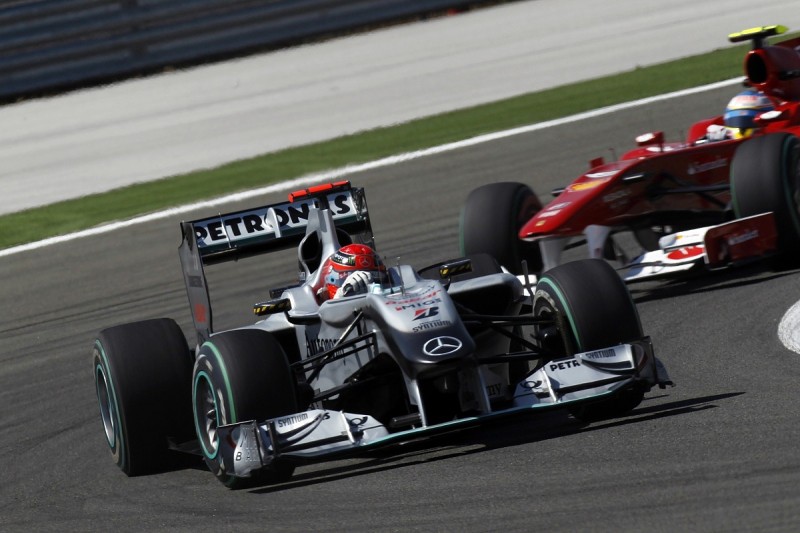 Comparing his own potential F1 comeback with Michael Schumacher's return with Mercedes in 2010, when the seven-time world champion was aged 41, Alonso said: "Michael came back to F1 in an era of Pirelli [2010 was Bridgestone's final season] when the tyres were very sensitive.

"We had developed skills to take care of the tyres and not overheat them and he was struggling more because of that.

Alonso has secured two Le Mans 24 Hours victories since the start of 2018, and wrapped up the 2018-19 World Endurance Championship superseason with Sebastien Buemi and Kazuki Nakajima at Toyota.

He was also part of the Wayne Taylor Racing crew that took the overall victory at the 2019 Daytona 24 Hours, and he is set to make another attempt to win the Indianapolis 500 in '20.

But he describes F1 as "unfinished business" after winning the last of his two world titles so far back in 2006.

"Because people think that I deserved more than I achieved - especially in the last few years," he added.

"In the museum [Alonso's own exhibit space at his Oviedo kart track] there are cabinets with a lot of trophies, but nothing recently and that seems a bit weird.

"The only problem with new rules is some teams could interpret them differently to others.

"You can join a team that is winning now, but if they make a mistake with the regs, will people say I made a bad decision again?"