Fernando Alonso was left frustrated after he came across the Red Bull of Sergio Perez on his final run in Q2 at the Formula 1 Dutch GP.

Alonso, who had sailed through Q1 in ninth place and was eighth after the first runs in Q2, ended the session in 13th.

The two-time champion found Perez's Red Bull running slowly on an in-lap through the Turn 9 right-hander.

The Spaniard was convinced that the had the potential to start well inside the top 10, and made his frustration clear on team radio after realising that he had been knocked out.

"On this second attempt, I was half a second better than the previous lap into Turn 9, and then I had a misunderstanding with a Red Bull in front of me, and we lost a lot in that lap. So unfortunately we are not in Q3, but the pace was there to be in Q3.

"If it's in Q1, you have plenty of time. The first attempt in Q2 also, you have another set. When it's the moment of truth and the circuit is in the best conditions and you have traffic all in that lap, it's a bit of a shame, but it's way it is.

"So unfortunately it happened to us today, and it compromised a little bit the weekend."

The Alpine A522 appeared well suited to high-speed Spa last week, where Esteban Ocon and Alonso qualified fifth and sixth.

Alonso believes that his car is almost as competitive around the very different and tight Zandvoort, although Ocon struggled more to find pace. 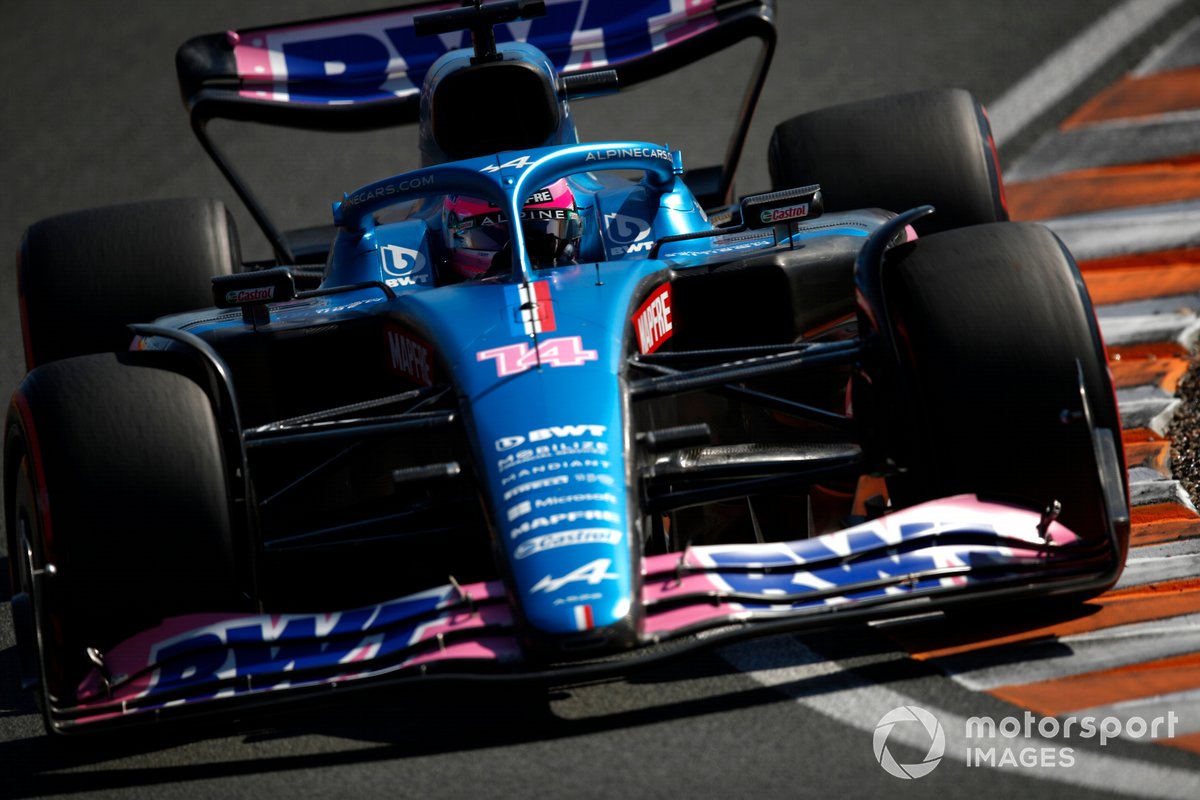 "At least in my side of the garage, I think the other side did struggle a bit more so far this weekend, but let's see tomorrow if we can make some places.

"It's going to be extremely challenging. Zandvoort is not a circuit you want to start not in the top 10, but nothing we can do."

Asked how much overtaking we might see on Sunday he said: "Not that much, I think you need to have a really [big] pace advantage or a tyre advantage to pass cars. So it's going to be as difficult at least as last year.

"It's going to be more difficult for sure when you are in a chain of cars, but at the same time it's up to you to open it a little bit later."

He also acknowledged that tyre overheating could be an issue in the race.

"This can happen, also tomorrow. It was the case today yes, but tomorrow we expect some cloudy conditions, even some rain around. So I think it's going to be a different day."