Fernando Alonso says he did not expect to still be racing in Formula 1 at the age of 40 after celebrating his birthday on Thursday ahead of the Hungarian GP.

Alpine driver Alonso is the second-oldest driver on the grid behind 41-year-old Kimi Raikkonen, and said at Silverstone two weeks ago that he still feels like he is 25.

Alpine helped celebrated Alonso’s birthday by bedecking its motorhome in decorations, while Sebastian Vettel attempted to set off a party popper in the press conference - only to aim it the wrong way and send confetti all over the floor.

Alonso turns 40 at the track where he scored his maiden grand prix victory as a 22-year-old back in 2003 during his first stint with the Enstone-based team now known as Alpine, in its Renault guise.

Asked if he could have seen himself still racing in F1 at the age of 40, Alonso replied: “No, probably not.

“You live only the present, you are not thinking too much about the future at that age, and you are just focused on the race weekend. You’re hardly imagining yourself, more than two or three years in time from that moment.

“But now, it’s a different thing. I’m more used to the sport, to the Formula 1, and all the things that are quite unique here.

“When I came into the sport, I was from a very small town in the north of Spain with no experience, no background, no nothing, and then you arrive into this world and you are shocked for five, six, seven years until you get used to everything. 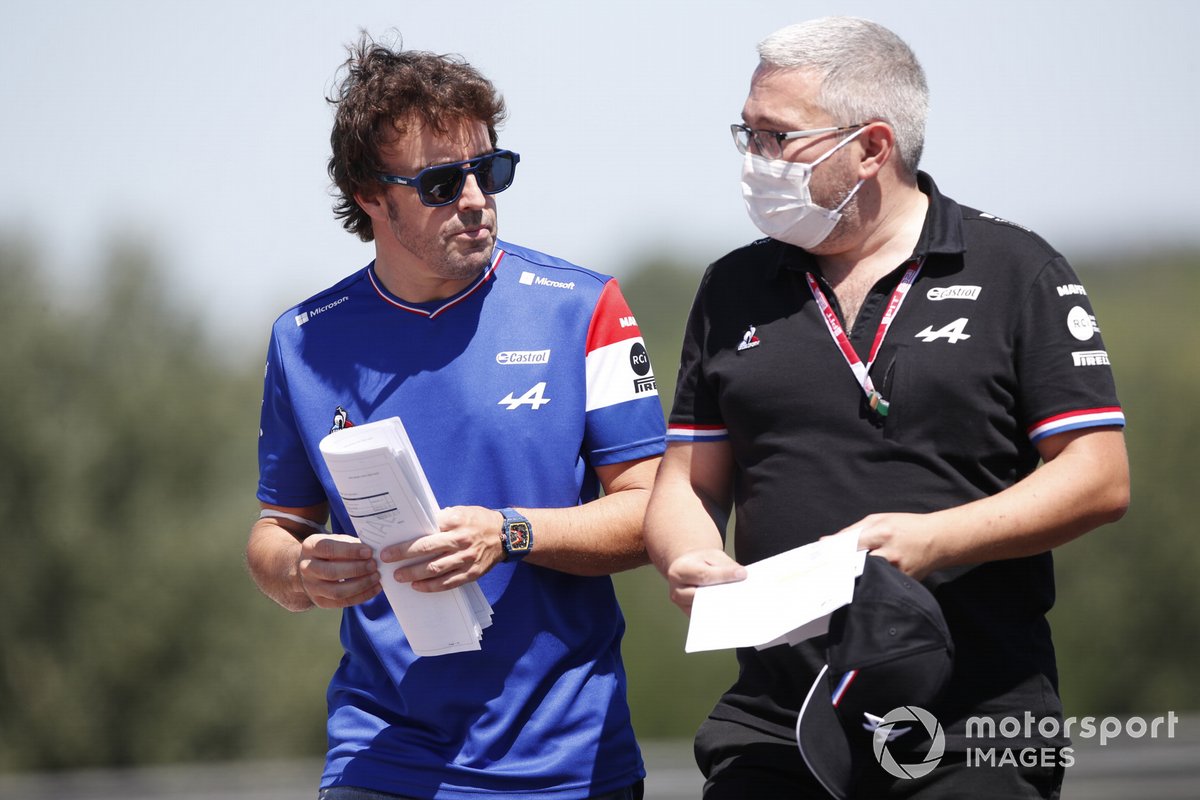 Alonso won F1 world titles with Renault in 2005 and 2006, and returned to the grid this year after walking away from the series at the end of 2018 to explore other motorsport interests.

The Spaniard won the 24 Hours of Le Mans twice with Toyota, and also took part in the Dakar Rally before deciding to embark on an F1 comeback.

Alonso said in Thursday’s press conference that 40 was “surprising him” given he did not feel that old.

“It’s the number that is surprising me as well, when I see it, when I see everywhere in the motorhome because the team prepared a really nice decoration on my room and in the lunch area as well.

“It’s a bigger number than what I feel. But yeah, it is the way it is.”

Vettel, 34, doubted that he would still be racing when he turned 40 in six years’ time, saying: “No, I don’t think so.

“As you asked Fernando, you never know. But right now, I would say no.”