Fernando Alonso says there will be no surprises in the Monaco Grand Prix, because Formula 1's top three teams will still dominate despite the circuit negating some of their advantage

Alonso expects Mercedes, Ferrari and Red Bull to dominate qualifying and the race, pointing to recent precedents, despite the one-off nature of the track taking the emphasis off straightline performance, and drivers potentially having more of an input.

"Obviously it's a different and very unique layout and weekend," said Alonso. "But at the same time there are not many surprises here.

"There's always a lot of expectations in Monaco, but then there's a Red Bull, Mercedes or Ferrari in pole position, and three of these six drivers are on the podium in the last editions.

"So I think it's going to be quite similar this year again."

Alonso remains confident that McLaren can make Q3 - even suggesting that the Woking team can target fifth place.

"Definitely it's an opportunity for some of the teams to do a good race, to score a good number of points, hopefully with both cars," Alonso added.

"I think it's quite difficult to make a surprise, but it's quite easy to make a mistake, so it's a weekend that's important, in all the aspects, to execute it well.

"Last year the car was quite strong here. Stoffel was P6 in Q1, P7 in Q2, so I think P7 was possible last year.

"Around P5 to P10 should be our target, but it's difficult to predict right now."

"There have been a few positive days of testing in Barcelona after the race, in those tests I think we identified other areas of improvement, and there are a couple of updates here and there will come more in the next races," Alonso said.

"I think we are in a good moment of the year in terms of understanding the car, in terms of improving the weak areas that we identified early on in Bahrain, in China, and we confirmed in the Barcelona test as well.

"I think we are improving those areas, every race, and we are feeling more and more competitive, definitely in the right direction.

"The momentum that the team has right now, I'm quite happy and quite positive in the next couple of races to find a lot of performance thanks to these improvements and these areas that have been reinforced." 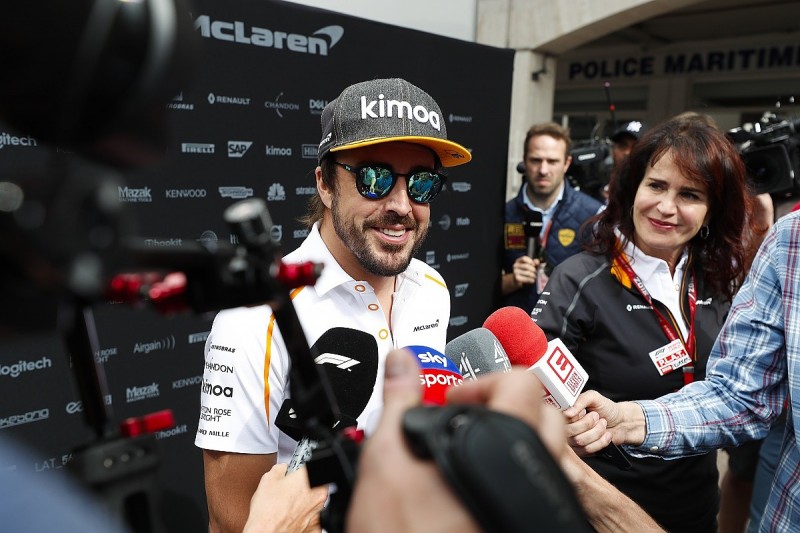