Fernando Alonso believes a new floor being introduced in Singapore will give Alpine a boost in its Formula 1 battle with McLaren, saying the team 'need every step' it can take.

Alpine currently lies fourth in the table on 125 points, 18 points clear of McLaren. The Woking team is also not giving up in the development battle and is introducing a substantial package that will be seen on the car of Lando Norris in Singapore.

The upgraded Alpine floor is expected to be on fitted to both A522s throughout the weekend.

“I didn't test it the simulator but the team brought a new floor here,” said Alonso.

“Maybe here in Singapore it's difficult to see all the benefits, because there is a huge track evolution and things like that. It's very difficult test track, let's say, we need to go maybe for Suzuka.

“But I think it's a step forward. And we need every step that the team can bring for this fight with McLaren, because until Abu Dhabi it’s going to be very tight."

“And taking it race-by-race obviously it's going to be interesting if in one of them there are any opportunity with two or three cars in front having any problem or DNF or whatever, if we have that opportunity to be close to the podium that will be fantastic. But for that we need some help from the people in front.” 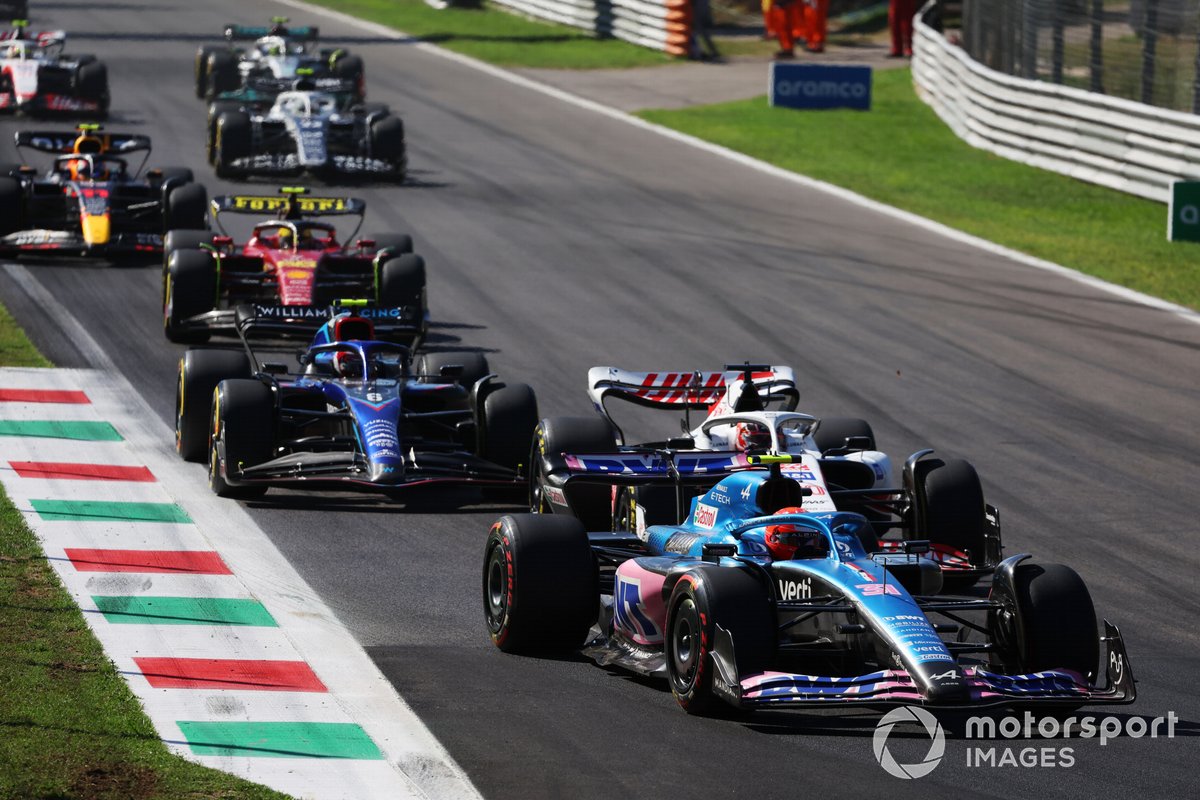 “It’s a fantastic job by the team since the beginning of the year to keep developing the car,” said the Frenchman. “We've made huge steps each time something was coming.

“So I look forward to see what it's going to give us. It's quite a big upgrade, but again it's important for us to have a clean weekend and hopefully use it the best we can.”

Alpine chief technical officer Pat Fry added that there are still more A522 upgrades to come this season.

“Visually, on the surface, it’s not much different to the previous version as most of the developments are underneath,” he said of the new floor. “It should bring a reasonable step in performance, though.

“At recent races, we’ve managed to bring a strong set of developments to the car, and they’ve all worked as expected. We have some more upgrades to bring this season before we begin to wind down by Austin at the end of October.

“Everyone at Enstone has worked exceptionally well on meeting targets for developments, so credit to everyone involved for their hard work.”