Alfa Romeo is to end its Formula 1 partnership with Sauber from the end of next season, the Italian manufacturer announced on Friday.

Just hours after German car manufacturer Audi confirmed its plans to enter F1 as an engine manufacturer from 2026, with a likely buy-in of Sauber, Alfa Romeo announced its exit.

Having only just reconfirmed an extension of its deal to be title sponsor of Sauber for 2023, with the tie-up having originally started in 2018, Alfa Romeo said it would part with the team at the end of next season.

PLUS: How F1's Audi coup was realised

“Alfa Romeo communicates that its partnership with Sauber Motorsport will end within the end of 2023,” said a statement.

“Alfa Romeo announced its return in F1 in 2017 with a long term plan, and in July 2022 has announced the decision to continue its partnership with Sauber also for 2023, given to the promising results of the first half of the season, both in terms of performances, marketing and positive collaboration with the team.

“Since the economic and industrial turnaround of the brand will be achieved in 2022, Alfa Romeo will now evaluate among the many opportunities on the table, and decide which will be the best one to sustain the long term strategy and the positioning of the brand.”

Speaking to Autosport earlier this year, Alfa Romeo CEO Jean-Philippe Imparato said the tie-up with Sauber had been a huge success for his company in driving forward its profile.

And, well aware of the Sauber interest in Audi, he was serene about the squad choosing a different path.

“We will not change the business model of Alfa Romeo,” he said.

“If one day somebody takes a leap, whatever the leap, on anything, we will take the decision we have to make, but that’s it. 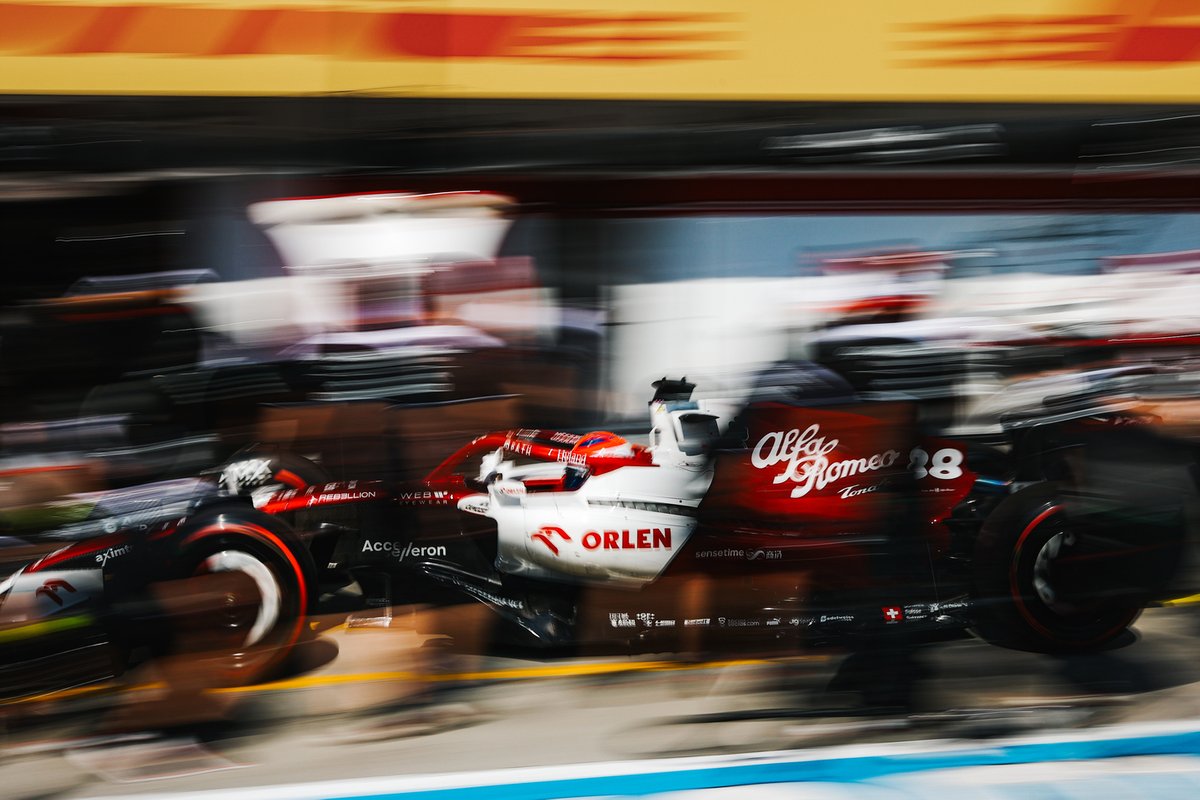 "Really, it’s no stress. I have so many spaces to play. When you are a brand like Alfa Romeo, we have existed for 112 years, the world is open for us.

“We are leaving a positive story in terms of a business. 2021 was profitable for Alfa Romeo for the first time in years.

"So really, there is no stress. I’m absolutely not scared, frightened, or even I would say concerned by any of the discussions that I’ve heard are animating the paddock.

“I’m serene enough to focus on the business each and every day.”

It is unclear if Alfa Romeo’s comments about pondering other options includes remaining involved in F1.

One possibility is that it could switch its allegiances to another team to take over the naming rights. The most obvious option would be Haas, which is powered by the same Ferrari customer engines as Sauber.