The Alfa Romeo Formula 1 team has asked the FIA to review the time penalty that cost Kimi Raikkonen his ninth place finish at the Emilia Romagna Grand Prix.

Raikkonen was deemed to have broken the regulations at Imola when he failed to enter the pitlane for the race restart after the red flag period triggered by the Valtteri Bottas and George Russell crash.

On the lap prior to the rolling restart, Raikkonen had spun his Alfa Romeo at Turn 3 before getting going again.

The F1 rules state that drivers can retake their original position as long as this is done before the first safety car line.

If this is not completed, then the driver must enter the pitlane and rejoin the race once the entire field has gone past.

Raikkonen did not move back up the order and took the restart on the track. As a result, he was deemed to have been in breach of the rules.

The 30-second time penalty he was handed dropped him from ninth to 13th, promoting the Alpine duo of Esteban Ocon and Fernando Alonso to ninth and 10th respectively. 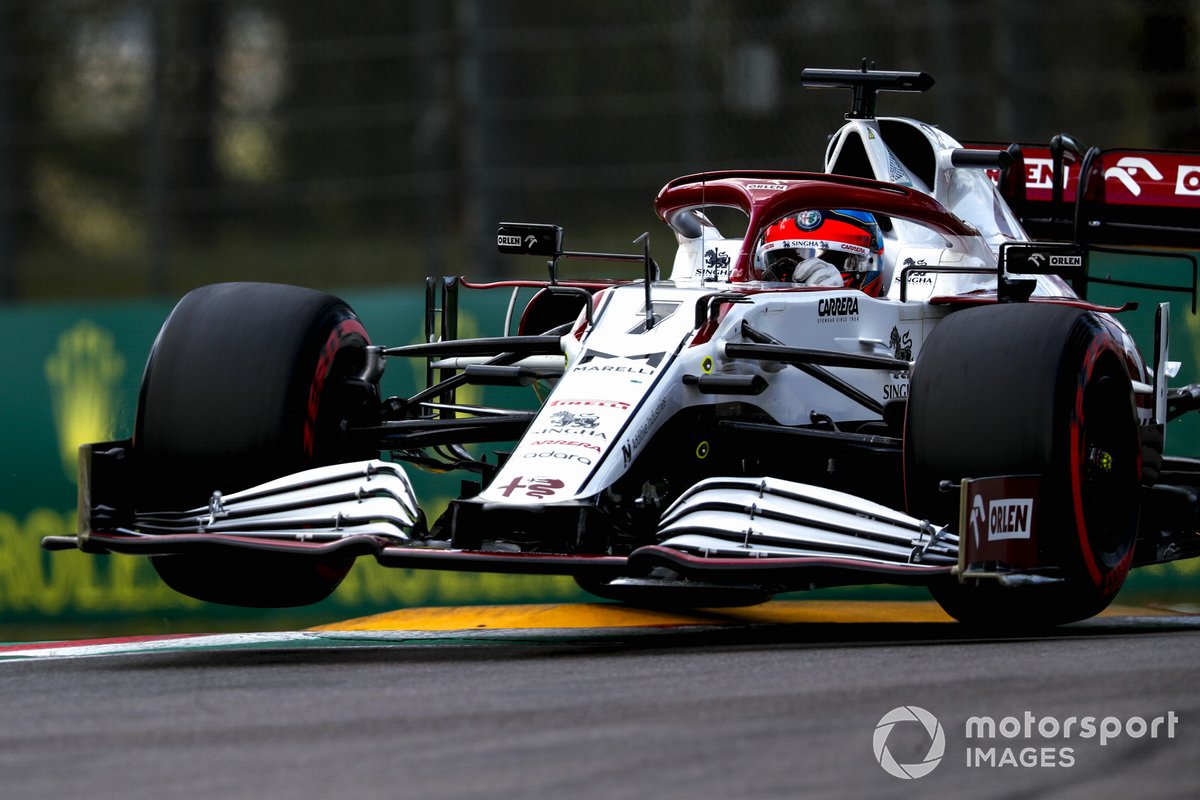 Alfa Romeo explained after the race that they felt that there were uncertainties about what Raikkonen should do after his off, which is why it sought advice from race control.

However, according to Alfa Romeo’s head of trackside engineering Xevi Pujolar, the answer came back too late for it to respond.

He said: “Kimi went off behind the safety car and at that point he lost positions. We always aimed to recover the position.

“We asked Kimi to recover the position, and also he was asking if he should recover the position. [It] was a bit of a question mark, between if it is a formation lap, or if we are behind the safety car. And then, with a bit of confusion, we asked clarification to the FIA.

“While we were waiting for the clarification, we said just 'standby' [to Kimi]. Unfortunately, we got our answer too late. So, we stayed on the position that we were. And after that, the result was that we had the penalty.”

The rules do allow teams for ask for a review of a previous penalty if new evidence has come to light.

The FIA’s International Sporting Code states that such a review can take place if: “a significant and relevant new element is discovered which was unavailable to the parties seeking the review at the time of the decision concerned.”

Alfa Romeo will hold a video conference with the FIA stewards on Saturday evening at 5pm to discuss whether or not the review is valid, and if the new element can be admitted.