Alfa Romeo has reclaimed its place in the Formula 1 midfield this year despite failing to score in the Bahrain Grand Prix, according to team boss Frederic Vasseur.

The team endured a poor 2020 season, scoring just eight points on its way to eighth place in the constructors' championship, with its best result coming in the Emilia Romagna GP, where Kimi Raikkonen was ninth.

But, in pre-season testing, Alfa emerged as one of the surprises with its C41 car, which hinted at being a step forward compared to last year's machine.

Its potential was confirmed last weekend, when Raikkonen and team-mate Antonio Giovinazzi finished 11th and 12th, just outside of the points.

The Sakhir race left Vasseur convinced that strong results are now just a matter of time.

"Tonight gave us a strong indication of the progress we have made in the last 12 months," said Vasseur after the race.

"We raced with authority, leaving the Alpines and an Aston Martin behind us and finishing on the tail of the other Aston.

"Even though we leave Bahrain with no points, we do so having reclaimed our place in the midst of the midfield – and results will surely come soon. We demonstrated to be able to fight in and around the top ten and we can look with optimism to the rest of the season.

"It was an eventful race, even though the low attrition rate – just two retirements – meant we had our work cut out when aiming for a place in the points.

"We take a lot of positives, however, knowing we can go to the next race in Imola, in two weeks, ready to battle again for a place in the top 10." 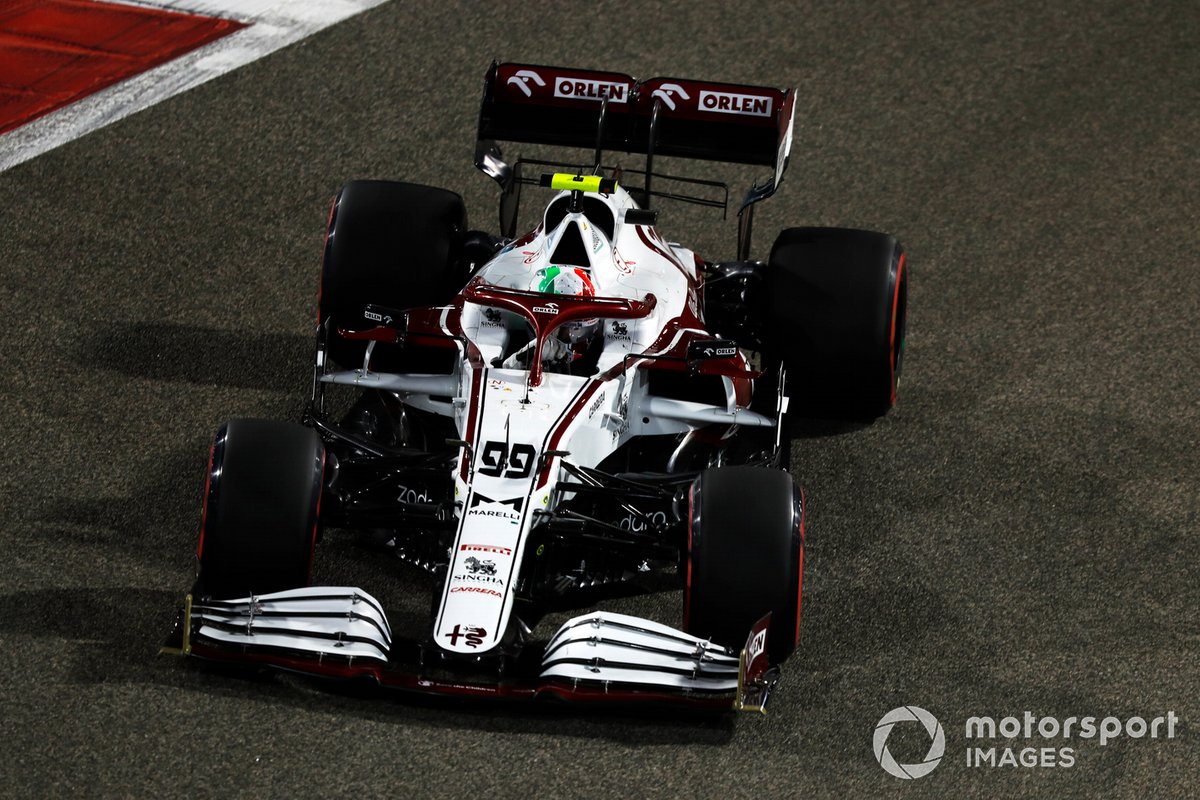 Giovinazzi said his 12th place was the best he could have hoped for in Bahrain, but was also encouraged by the progress made by Alfa.

"I think today what we did was the maximum we could," the Italian said. "AlphaTauri is still too fast for us, but we need to be happy because compared to last year we improved a lot.

"We are much closer to Alpine, to Aston Martin. So yeah, I think we can have more fun today."

Although Giovinazzi lost some time in the pits, he reckons a points finish was still out of the question.

"I think without that mistake maybe it was just good to be in front of Kimi, but not in the top 10," he said.