The Alfa Romeo Formula 1 team has won the right to a review of the 30-second time penalty that cost Kimi Raikkonen points at the Emilia Romagna Grand Prix.

Raikkonen lost his ninth place at Imola a fortnight ago after the FIA ruled that he had broken the rules in taking the red flag restart of the race from the track.

On the lap prior to the rolling restart, Raikkonen had spun his Alfa Romeo at Turn 3 before getting going again. The F1 rules state that drivers can retake their original position as long as this is done before the first safety car line. 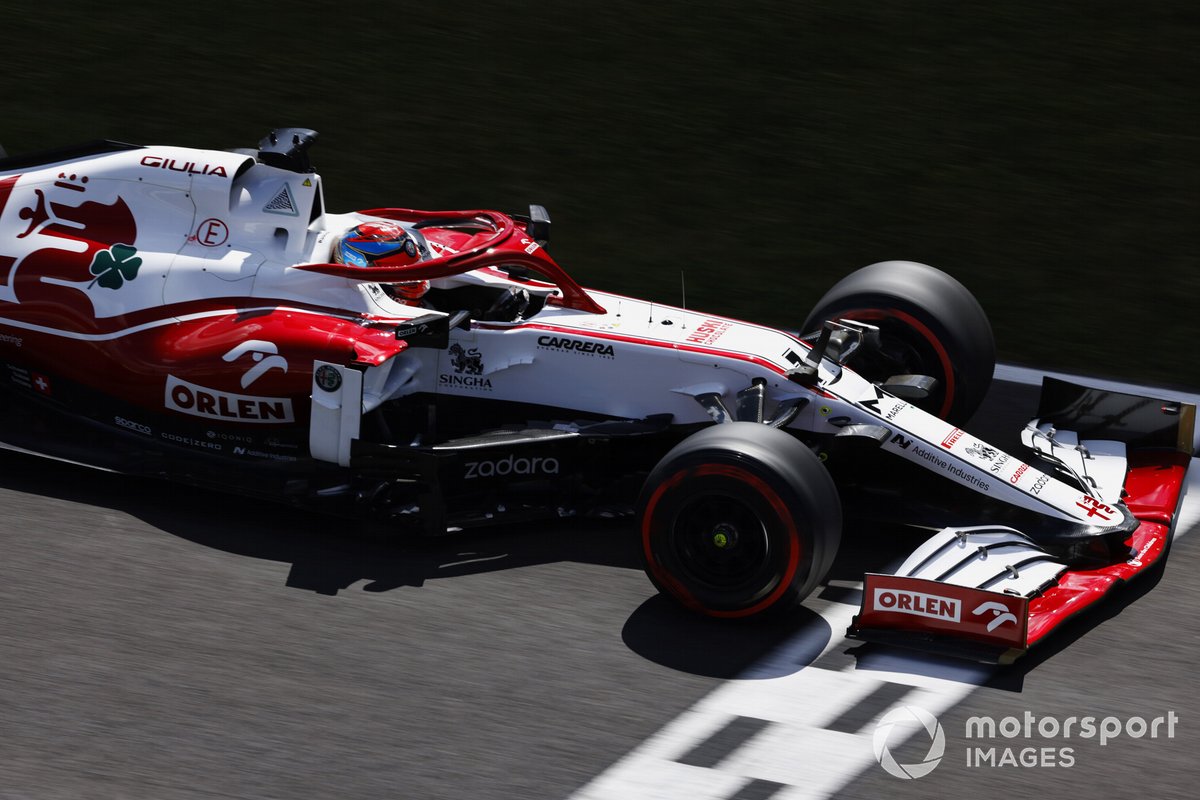 Following a stewards' hearing in Portugal on Friday night, it was agreed that there were new elements that needed looking at.

While the FIA rejected documents relating to F1 Sporting Working Group, F1 Commission and Race Director notes, and a suggestion that when there is ambiguity that the competitor should be given the benefit of the doubt, it did accept documents demonstrating that there had been no previous example of such a penalty in F1.

Alfa Romeo felt this was relevant because the stewards’ decision had suggested the regulations had been ‘consistently applied’.

In its explanation for going ahead with the review, the FIA said that its interpretation was based on previous examples of offences from F3 and F2, but it conceded there had not been on occasion when such a rules breach had happened after a red flag.

The FIA said: “Subsequent to the decision and as part of this present hearing, the Stewards have discovered that the specific cases that they referred to were not following a Red Flag.

“While this was only one element among many considered by the Stewards, this information was unavailable to the Competitor at the time of the original decision and was a part of the discussion by the Stewards and is therefore deemed significant and relevant.”

The stewards will meet via videoconference with Alfa Romeo on Sunday morning in Portugal for a full hearing on the matter.