Daniel Ricciardo’s struggles at McLaren in the past two races have been exaggerated by the low-grip track surfaces, says his Formula 1 team boss Andreas Seidl.

The Australian has had difficult weekends at Imola and Portimao, being unable to match team-mate Lando Norris.

But the contrast was huge during qualifying at the Portuguese Grand Prix when Ricciardo was dumped out of Q1 as he lacked confidence to push his McLaren as he would like. He will start from 16th on the grid.

McLaren is clear that Ricciardo is simply lacking mileage in the car, and it believes the gaps between him and Norris have been made to look bigger because slippery track surfaces expose any trepidation in car feeling.

Seidl said: “I think in the end it's minor things that probably get exaggerated in low grip conditions, like we have them here and like we also had in Imola with the drying track.

“We have seen in the [Friday] practice session, that [the Q1 exit] is definitely not the gap he's having to Lando at the moment. He was just trying to put the lap together and it's not easy to get the laps in here with the traffic, with the wind and everything with the low grip conditions.

“We simply need to stay calm, analyse, work through it, and I'm sure it will come.” 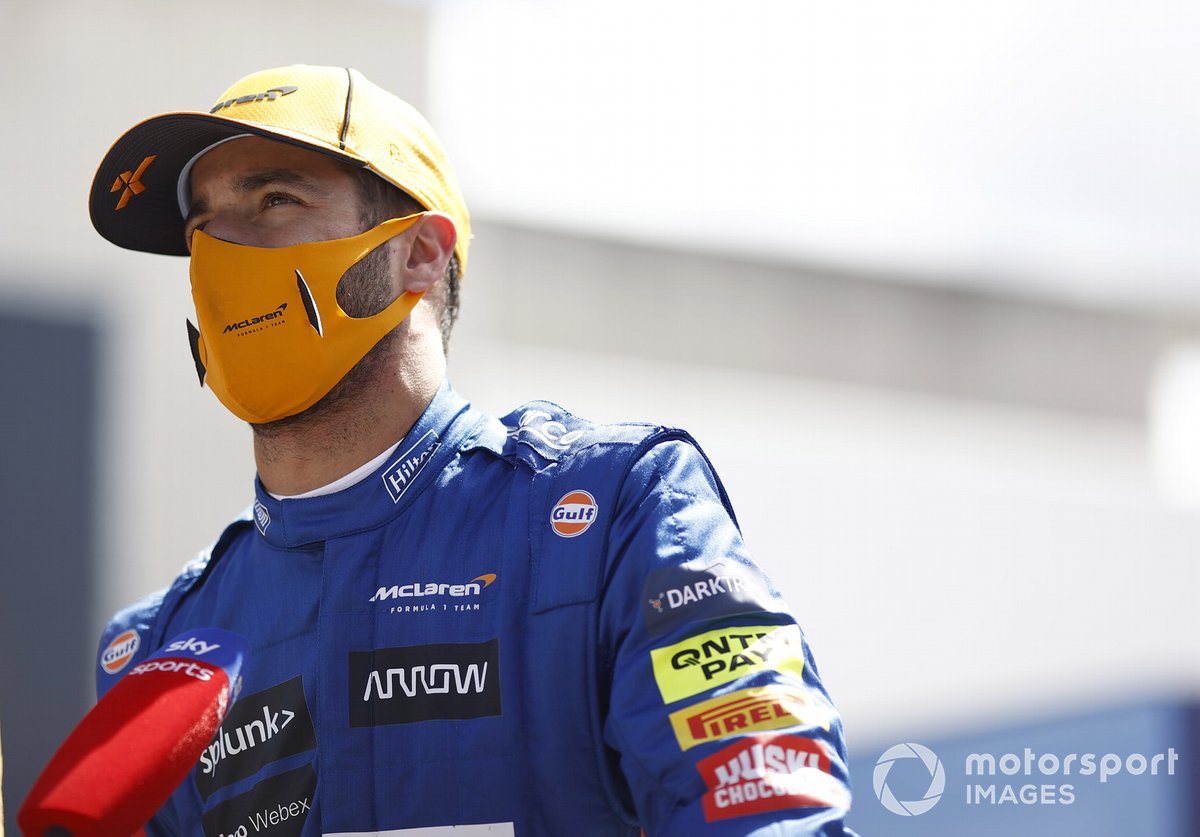 Ricciardo said he was still getting to grips with understanding the strengths and weaknesses of the McLaren package, and reckoned he was unable to fall back on some old techniques that he used in the past to help him get more lap time.

For example, a previous trait to try to carry more speed in to the apex does not work at tracks with low grip as it often just results in the car sliding more.

“I’m trying to still exploit the strengths of the car, but also driving around the weaknesses,” he said. “There’s things that I used to do maybe to let's say go quicker in the entry of a corner that might not work now. It might tip it over the edge, so to speak.

“So it's fine tuning kind of everything: like the way you turn in, the way you brake and all of that. But yeah, I'm sure it's different. But at the end of the day, like every F1 car is going to be different, it's up to me to adapt.”

Ricciardo said longer-term he could help McLaren to tweak the car in a direction that would better suit him, but for now he had to sort matters out for himself.

“I can give feedback and tell them, ‘OK I think this can be better and we should try and develop the car in this phase’,” said Ricciardo. “But obviously at the end of the day, for now, it is what it is.

“So I've just got to adapt a little more. I felt like it was getting better this weekend. I felt like Friday was a step in the right direction and obviously, quali was, I'd say probably, not the real picture of how the weekend had been going. And of course that kind of makes it maybe even more disappointing.”