The Sauber-run squad is sixth in the F1 world constructors' championship this year but has failed to score any points in the past four races, after the team picked up points in seven of the opening nine rounds.

In that run of poor results both Valtteri Bottas and Zhou Guanyu have been blighted by mechanical problems, with the Finn forced out of the British Grand Prix with a gearbox issue and the Hungarian GP with a fuel system failure, while his teammate retired from the French GP with power unit trouble.

Zhou's rookie campaign also took a hit in his huge crash at the start of the British GP, when he was flipped over after colliding with George Russell and was sent tumbling over the tyre barrier.

Despite the team's reliability woes and, at times, misfortune it has still comprehensively outscored its 2021 total points haul when it finished ninth in the constructors' standings.

As a result, team chief Vasseur feels the squad has made considerable performance gains under the new F1 technical regulations and with its new driver line-up of Bottas and Zhou, but has been held back by its unreliability.

"I think we did a step forward. We did a good step in terms of pure performance, due to the different factors," Vasseur said.

"As always, it's never one thing. I think the Ferrari engine did a step forward. We did the same job on the chassis side also. And I think that Valtteri and Zhou are performing. Altogether, it's a good step.

"Now, in terms of results, we had also some issues in terms of reliability. This cost us a fortune in terms of points, some events we were in very good shape, like Jeddah or Silverstone, and on some occasions with Zhou also. 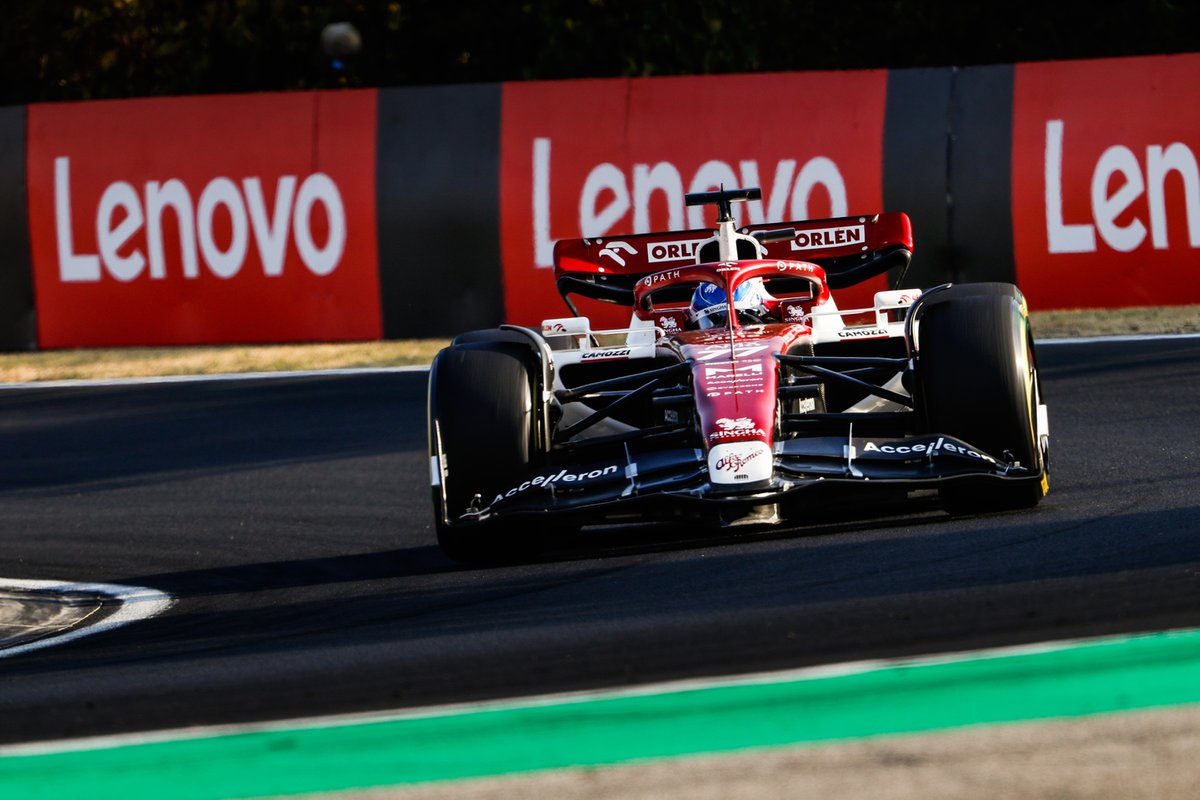 "This is a real shame for us, and for the championship. But it is like it is, and we just have to fix it for the second part of the season."

Even through the missed opportunities due to crashes and mechanical problems, Vasseur still feels Alfa Romeo are meeting his expectations in the leading part of the midfield battle.

"I think nobody knew what would be the outcome of the first qualy on the first test day," he said. "We were all a bit surprised with the situation, because it was a completely new car with no reference.

"We all developed on our own sides, and we were all completely blind. But no. Surprised is not the right word, because I knew that we made a big effort for 2022, and I was expecting something like this. It's a good feeling."

Alfa Romeo has a 17-point advantage over nearest rivals and fellow Ferrari power unit customers Haas, while AlphaTauri is 24 points back on the Swiss squad with nine rounds to go.