FIA F2 frontrunner Zhou has been favourite to land the job for some months, helped by the commercial support that he brings with him.

The 22-year-old replaces Antonio Giovinazzi, who has been dropped after three seasons with the team, but may retain a reserve role via his links with Ferrari.

The Hinwil outfit was given a free hand on driver choice when it renewed its sponsorship deal with Alfa Romeo in July, having previously been obliged to run one member of the Ferrari Driver Academy.

Zhou will cut his ties with Alpine, having been part of its junior programme, initially under the Renault name, since 2019.

He has undertaken an extensive private test programme in the Enstone team’s older cars, and completed an FP1 session at the Austrian GP earlier this year.

He will make his on-track debut with Alfa in the Abu Dhabi test in December. He will do the single rookie day in standard current cars, but may also run one of the two days allocated for 18-inch Pirelli tyre testing, with Bottas set to do the other if he is released by Mercedes.

“It was an important decision for the company and for the future of the company,” Alfa team principal Fred Vasseur told Autosport.

“We have a big change in terms of regulations for 2022. We evaluated all the options that we had on the table. Valtteri was quite obvious for me. And alongside Valtteri, we had different options, and for tons of different reasons, Zhou is the first choice.

“We switched completely to the 2022 project very early, and all the company except the race team is fully focused on 2022. The fact that we confirmed the drivers is also another box ticked, and it's important for the project." 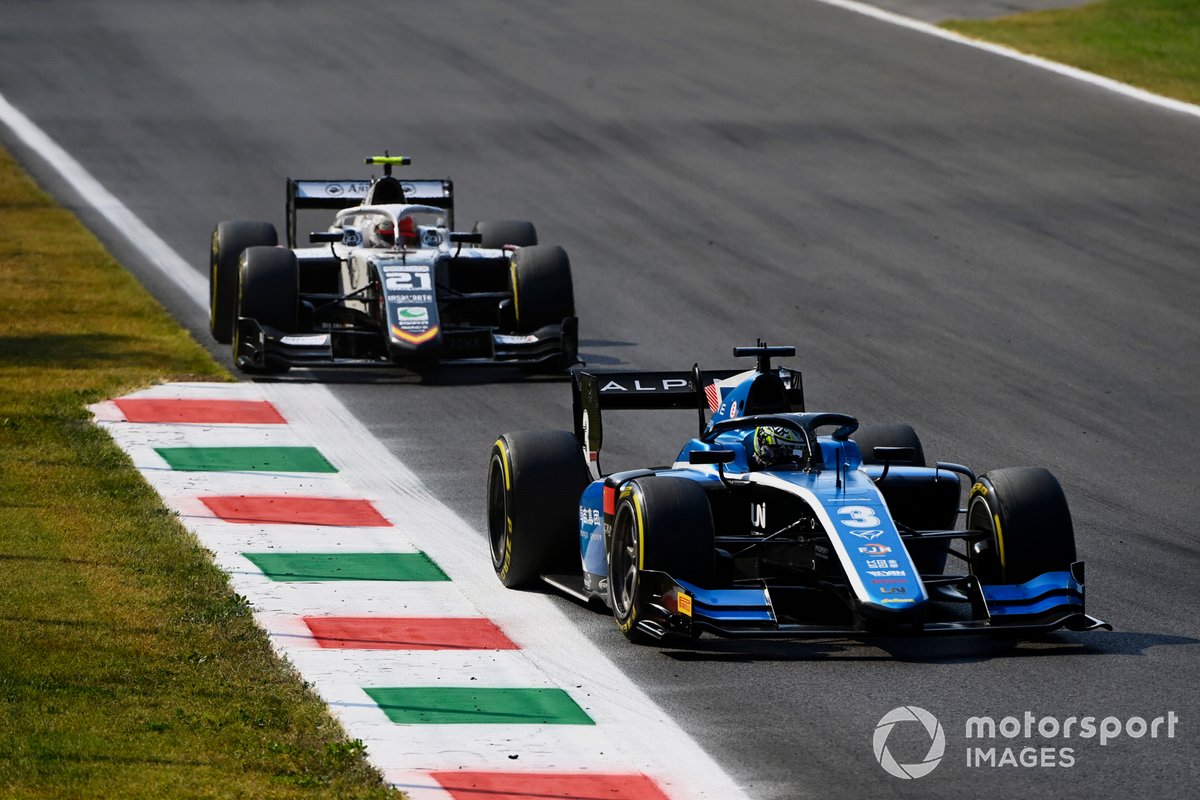 Vasseur stressed that Zhou will end his relationship with Alpine.

"He is not managed at all by Alpine, and is not anymore under contract with Alpine,” he said. “It was important for me, because I need also to be free and to work for the future. It would make no sense for me to have a one-year project if I know that for ‘23 that there is no way."

“I dreamt from a young age of climbing as high as I can in a sport that I am passionate about and now the dream has come true,” he said in a team statement.

“It is a privilege for me to start my F1 career with an iconic team, a team that has introduced so much young talent into F1 in the past.

“Now the dream is reality. I feel well prepared for the immense challenge of F1, the pinnacle of my sport, alongside a proven, world-class talent in Valtteri Bottas.

“Next year the target will be to learn as much as possible and as quickly as possible. To be the first ever Chinese driver in F1 is a breakthrough for Chinese motorsport history. I know a lot of hopes will be resting on me and, as ever, I will take this as motivation to become better and achieve more.”

The Zhou announcement comes just a few weeks after F1 confirmed that the Chinese GP will be back on the calendar in 2023 after missing three seasons due to the COVID pandemic, with its deal now extended to 2025.

His arrival on the grid will be welcomed by the whole paddock as it will help to raise the profile of the sport in China, and open up new commercial opportunities.

“This is fantastic news for F1 and the millions of passionate Chinese fans that now have a home hero to cheer all year long,” said F1 CEO Stefano Domenicali.

“It is another great example for the pyramid in F2 working and promoting talent to the top flight of motorsport.

“Zhou is an incredible talent and he will be a fantastic addition to the amazing grid we have and he will entertain and keep all our Chinese fans excited in 2022.”

Vasseur hopes to retain ties with Giovinazzi, although nothing has been finalised, while current reserve Robert Kubica is also likely to remain involved.

"I would like to keep Antonio close to the family, or part of the group, because we had three good seasons,” said Vasseur. “I like him, and personally we have a good relationship together. I would be keen to keep him with us.

"Robert will probably stay, but the first solution with Robert is I don't know if he will have another programme alongside, and then we have to build up something around that."

Regarding Callum Ilott he said: "He's going to the US. It's a good challenge for him, that he wants to race, and I can perfectly understand. He's a nice guy and we have a good relationship."