Alexander Albon hopes he can be a "thorn in Mercedes' strategy" after qualifying fourth for the Bahrain Grand Prix, matching his best Formula 1 starting position

Albon bounced back from a hefty crash during second practice at the Bahrain International Circuit on Friday to snare fourth place on the grid in qualifying.

It marked his second consecutive fourth place qualifying result, and meant the second row of the grid was locked out by Red Bull, as Albon will start alongside team-mate Max Verstappen.

Asked if the result was a relief following his FP2 shunt, Albon said he was always feeling in a good rhythm with the Red Bull RB16 car in Bahrain.

"It felt like something which I was thinking was definitely achievable before qualifying.

"Of course it was nice to have it, and the car has been feeling good this weekend.

"Especially since today really, it's kind of clicked a bit more. Obviously P4 is nice.

"Hopefully we can be a thorn in Mercedes' strategy and see what we can do."

Red Bull was forced to change the chassis on Albon's car due to the severity of his crash in practice, but the Anglo-Thai driver said it did little to knock his confidence. 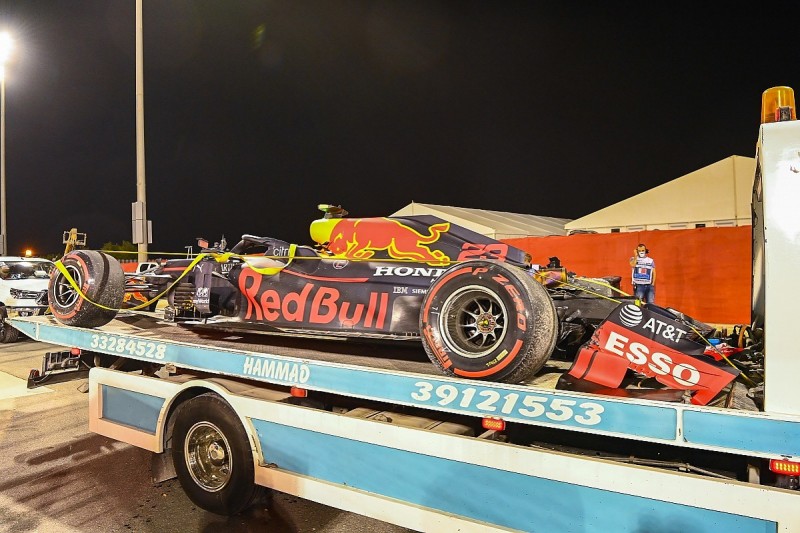 "Especially in a team like Red Bull, the quality is really high, and you're not going to get big differences," Albon said when asked by Autosport to explain the differences felt after a chassis change.

"At least on my side, nothing. It's more just set-up and feeling, and on top of that, confidence. You want to get on it quickly.

"But truthfully, on the confidence side, I was quite happy with it.

"It was a silly mistake to begin with yesterday, so I knew that I could put it behind me pretty quickly and focus on today."

Albon finished six-tenths of a second off team-mate Verstappen's lap time, but explained he found it hard to get back up to speed on the soft tyres in Q3 after running mediums for his best Q2 time.

"I kept having these little snaps just where you don't want it, and I had to drop my minimum speed quite a lot," Albon explained.

"There was obviously bit less track time than we would have liked, and just a bit of catch-up with the new car and getting up to speed with it.

"It wasn't bad. Everyone wanted mediums, and then we put softs on the second run of Q2, and I think I did my last time doing a lap on the softs was in Q1.

"So it was quite a long time since we did a run [flying lap] on a new set of tyres."