The aerodynamic gains being made through Formula 1's incoming 2017 technical regulations are "staggering", according to Williams chief technical officer Pat Symonds

The revamped regulations are headlined by wider front and rear wings and tyres, with a view to making F1 cars three-to-five seconds per lap faster.

On paper, they also offer teams such as Williams, which has fallen from third to fifth in the constructors' championship, an opportunity to jump back up the order.

While encouraged by Williams's 2017 progress, Symonds acknowledges that there is no reference point, and he is also mindful of what its rivals could be doing.

Asked how the team is shaping up for 2017 by Autosport, Symonds said: "It's really hard to say because the gains we are making on aerodynamics on next year's car are just staggering.

"Every week in the windtunnel it's just pulling downforce onto the thing, but I can't believe we are alone on that.

"I'm sure that's happening in 11 windtunnels around the world, so you just never know.

"We normally have targets for what we're going to achieve in aerodynamics, but next year you can't say because you don't know what the target is.

"You can say it's an aspiration, a likelihood or whatever, but you just don't know what the targets are until we go testing and see where everyone else is." 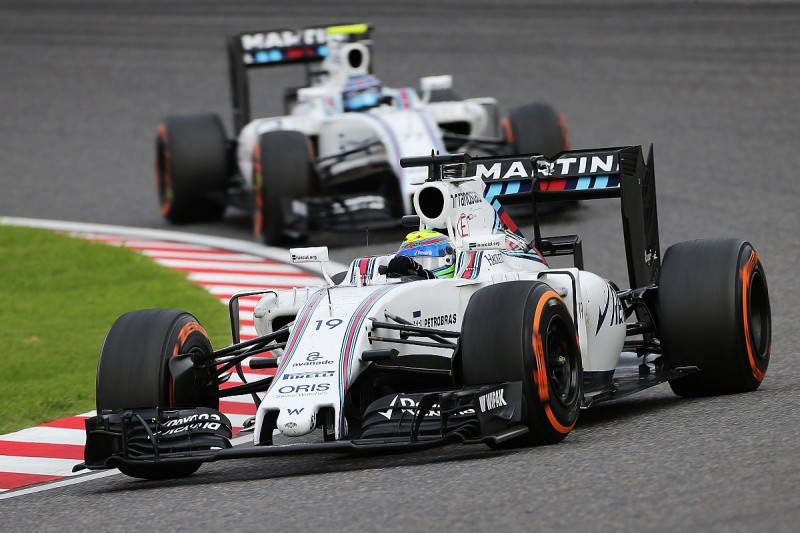 Along with the rate of development, Symonds has been surprised by the fact gains have been ongoing, while other design changes have been prompted by Pirelli's resized tyres.

"That creative element is totally different," he said.

"I read the daily reports and I'm like, 'wow, how did we find that sort of amount?'

"You sort of think that is going to be tailing off. Right now, it's not really.

"Of course the slope isn't quite what it was in the first month or so but it's still remarkable.

"Don't forget that not all the focus is on the aero.

"One of the things we have to cope with is handling these new prescriptions from Pirelli.

"It's not easy. Like most teams, we've had to do suspension geometry changes, we have had to do totally different types of brake ducts."