concludes at 4pm GMT on Monday, with AER and Ilmor two of the known candidates, while Cosworth has ruled itself out on the basis it does not have a suitable engine.

To run alongside the current 1.6-litre V6 turbo power units, the FIA is seeking a budget system of 2.5-litres or less not augmented with energy recovery - kinetic or exhaust gas - and producing 650kW, just under 900bhp.

FIA president Jean Todt and F1 supremo Bernie Ecclestone are to join forces at a meeting of the Strategy Group in Paris on Tuesday morning to push through the budget engine proposal, after which it will be discussed by the F1 Commission in the afternoon.

AER managing director and co-owner Mike Lancaster is confident his company could live up to the demands outlined.

"The fact [the FIA] are looking for an engine we actually have is extremely interesting to us," Lancaster told Autosport.

"We have spent a good many years developing a specific GDi V6 engine, and it was put together for high levels of modern motorsport, with the emphasis on lower brake-specific fuel consumption.

"So we've produced an engine that fits into exactly what they are looking for, which is a very powerful, modern, fuel-efficient racing engine.

"Given the power required, the engine we have will easily deliver that, and more if necessary.

"It would impact the rebuild mileage, but in terms of whether it could do it or not, it would, and it would make a great sound."

AER has long worked in sportscars, in particular the American Le Mans Series, and most recently with privateer LMP1 outfits. 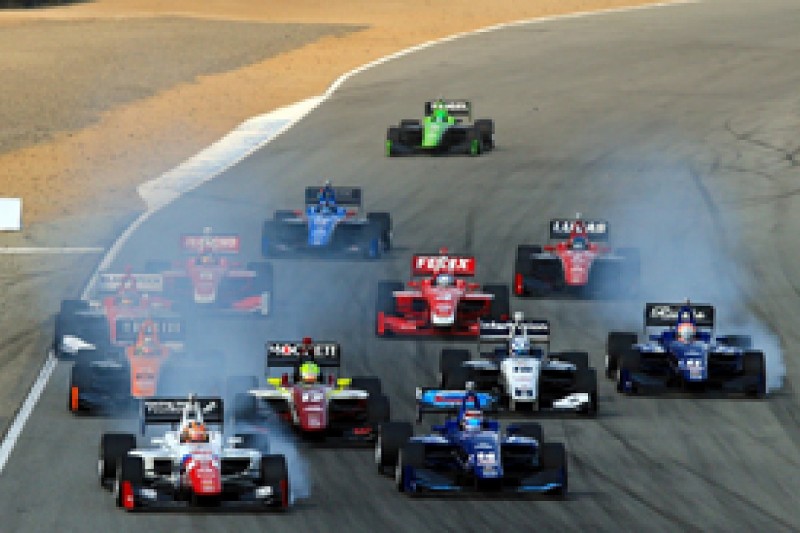 In 2013 it won an engine supply deal to GP3, while this year it signed a four-year contract for the Indy Lights series.

Lancaster has no doubt AER can also work in F1 in '17, adding: "In our opinion it can be done.

"We can have an engine running on the dyno very quickly, demonstrating all of the parameters the FIA are looking for.

"We could have an engine up and running in a car surprisingly quickly, if they wanted to do tests and things.

"I wouldn't say, 'It's not a problem', because everything requires a certain amount of work, but we have the engine available to do pretty much exactly as they want, and at the power level they want, and it will be very, very fuel efficient.

"All of those boxes are ticked, so if they want to introduce something from 2017, from a physical point of view, it's entirely available."