Williams announced on Wednesday evening that Roberts had been retested earlier in the day after showing minor symptoms for COVID-19, having previously returned a negative result on Monday.

This result returned positive, meaning Roberts has not travelled to Istanbul for the race weekend, and will now self-isolate as per the UK government guidelines.

The team confirmed that Roberts is "feeling otherwise well" despite his symptoms.

Roberts' duties at Istanbul Park will be split between team manager Dave Redding and chief engineer of vehicle design Adam Carter over the weekend.

It comes one week after Williams confirmed it would be shuffling its on-site personnel for the Turkey race weekend following a number of positive COVID-19 cases.

The team confirmed in its statement about Roberts that he had "not been in close contact with any other members of our race team, and the team will continue to operate trackside as planned". 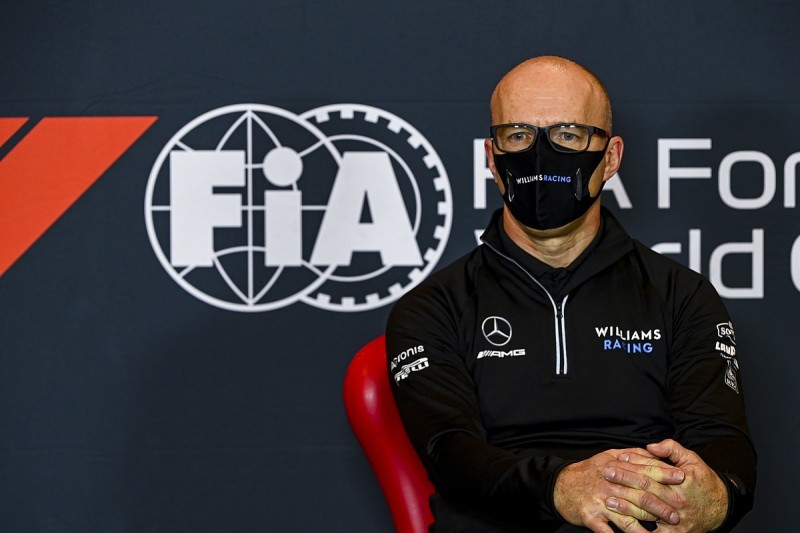 "As a team, we have been taking part in a robust testing plan alongside adhering to the FIA Covid guidelines," the statement adds.

Racing Point is the only team to have been forced into driver changes as a result of positive COVID-19 cases, with both Stroll and team-mate Sergio Perez missing events this season.

All personnel in the F1 paddock are required to undergo rigorous screening for COVID-19, requiring a test at least every five days, and one within 24 hours of arriving on-site. This must return negative before they are permitted to enter the paddock.