The FIA's announcement of the disqualification was brief and the specific details of what part of the wing flexed have not been made public.

But the FIA did say that the flaps were the parts in question.

These are the rear-most elements of the front wing, typically forming the adjustable section (see image above).

These parts can be adjusted when the car is stationery, via the threaded adjuster pods, but any movement from aero load is banned.

There are a pair of technical regulations that can be applied to the front wing. 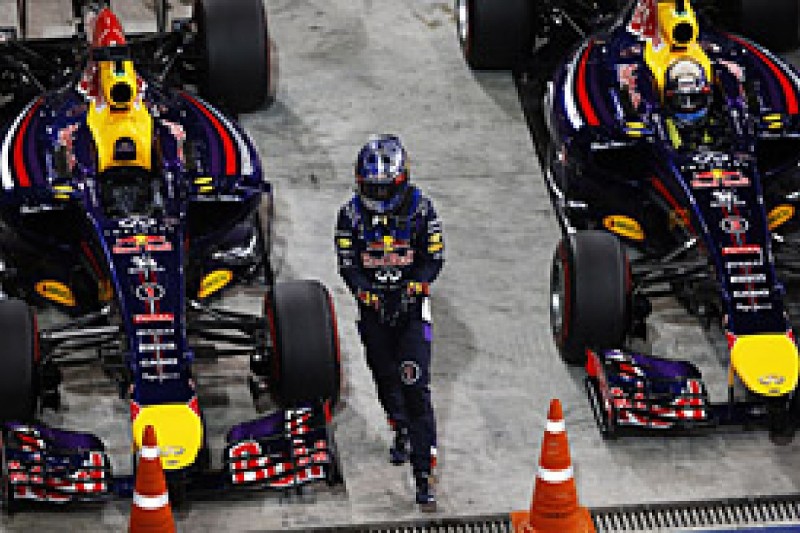 Article 3.15 lays out that bodywork must be rigid and immobile relative to the rest of the car.

No part can be infinitely rigid, so another rule sets out some tests to be applied to specific areas.

Article 3.17 details various deflection tests, but this only includes one front wing test that does not affect the front wing flaps.

The rules do state, in Article 3.17.8, that in order to ensure that the requirements of Article 3.15 are respected, the FIA reserves the right to introduce further load/deflection tests on any part of the bodywork which appears to be (or is suspected of), moving while the car is in motion.

If the front wing flaps flexed at speed, the most obvious gain would to move the centre of pressure rearward - which would improve the aero balance around the entire lap.

This flex could be achieved in several ways, firstly by the carbon fibre bodywork being flexible.

This could mean they meet any expected FIA test, but then flex at loads above those applied when being checked. 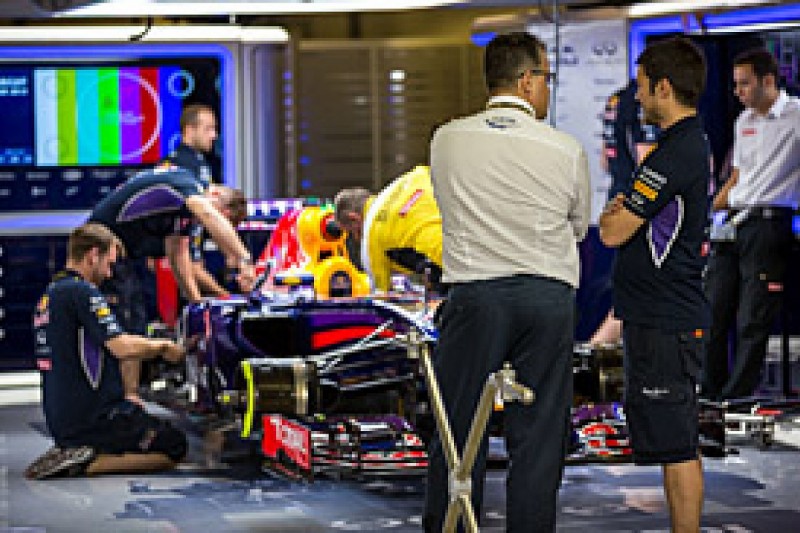 Secondly, the wing could have a mechanical means to meet the FIA flex test and then deform at higher loads, potentially through the use of a spring.

Red Bull has accepted the FIA's decision, but pointed out its belief that other teams interpret the rules in the same way it does.

Analysis of the cars when on track is difficult. The on-board cameras are a better way to view deflection, but often the front wing is obscured from the roll hoop camera by the wheels and suspension.

The lower nose mounted cameras are better for this sort of analysis. On-board footage from a camera mounted on the Williams nose in Abu Dhabi appeared to show its flaps deflecting downwards, but its cars were deemed legal by the FIA.

During qualifying, super-slow-motion images often show the front wings shaking in an alarming fashion over kerbs and even striking the ground in a cloud of sparks.

This sort of deflection is unavoidable and does not serve to prove either way if a team is beneficially flexing its wing.

Images of the cars when near the end of a straight before braking suggest that several teams have front wings that appear rotated about their mounting pillars.

But the angle of the images is rarely consistent and the eye can be fooled into seeing a tilted wing when it is level with the floor of the car.

Red Bull will now need to replace or modify its wings before the race.