Hamilton, who qualified fourth but potentially had the pace to be on the front row, reported something had broken after he spun at the exit of Turn 13.

Mercedes team principal Ross Brawn revealed the suspension problem had been found, although the team has yet to isolate the cause.

"It was a little bit of an unusual event because Lewis had got out of the corner when he lost control of the car," said Brawn.

"When we got the car back, we had fractured a wishbone so that's why he lost control of the car.

"It's a circuit where there is a lot of grief over the kerbs and so on and we're going back through the data to understand what may have provoked it.

"I don't think there is any high risk for tomorrow and we should be able to fix it in parc ferme and race OK tomorrow."

Brawn stressed that Hamilton drove the Turn 12/13 right/left combination no different on the lap the failure occurred than he did previously. 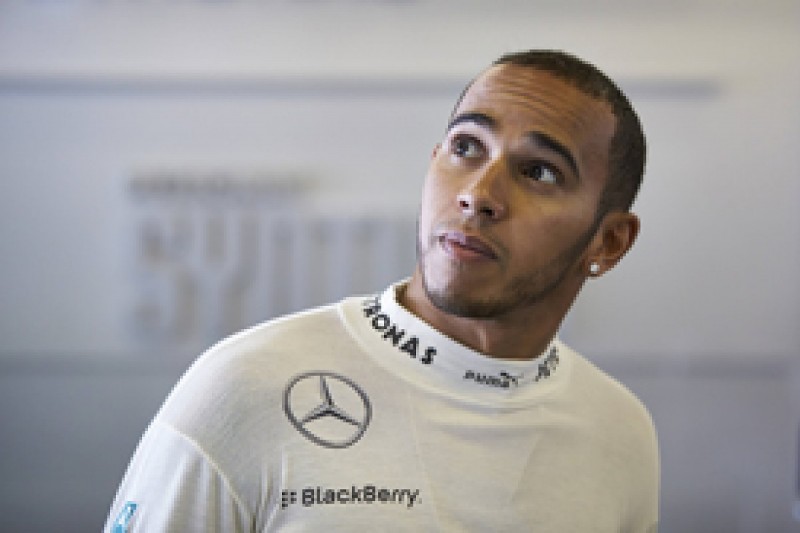 But he did not rule out the possibility that his drivers will have to adapt the way they are hitting certain kerbs to eliminate the risk of a repeat failure.

"He was off the circuit on the kerb when it failed," said Brawn.

"It's a part of the corner where he had always used that part of the kerb, but it's pretty violent, a fast left-hander on the kerb at full throttle, so it's a pretty serious event.

"We are looking through the data to try and see where we may have induced the problem and then we can advise the drivers to avoid that if it is a particular event."