Bottas headed the order at the halfway mark of the session after switching to medium tyres, which elevated him 0.6 seconds clear of Mercedes team-mate Lewis Hamilton.

It appeared the order would change with the usual late-session improvements, but with half an hour to go the session was interrupted for more than 10 minutes following Ricciardo's failure and when it resumed drivers were forced to go off-line at the final corner.

Ricciardo was on a fast lap but on the entry to the final corner his car emitted a plume of fluid, two bursts of flames and some shrapnel from the apparently detonated engine. 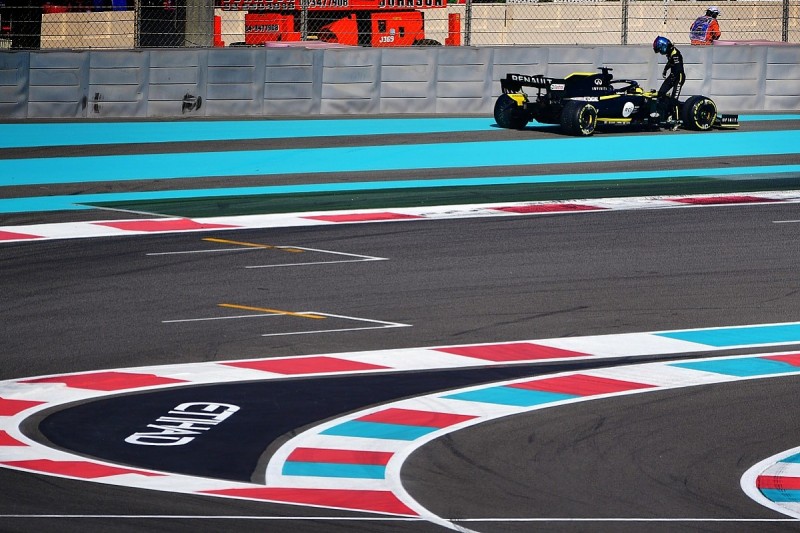 He pulled over immediately on the runoff exiting the final corner but the recovery of his car and treating the circuit that had been covered by the Renault's fluid necessitated a stoppage.

Pierre Gasly, who had just been overtaken by Ricciardo prior to the failure, almost lost the rear of his Toro Rosso, while Bottas skated off onto the runoff as well.

Renault said it was a "very high mileage engine from the start of season" that suffered the failure.

When the session resumed, with a slippery surface warning ahead of the final corner, none of the leading runners improved their times.

That meant Bottas led Max Verstappen by more than half a second, as the Red Bull driver jumped ahead of Hamilton on his second set of soft tyres.

Hamilton had to return to the pits slowly after complaining of a loss of power in the early part of the session.

That trouble was traced to a sensor issue sending the engine into limp mode and he returned to the track later on.

Neither of the Ferraris challenged at the front, with Vettel fifth behind Alex Albon's Red Bull and Charles Leclerc seventh.

Vettel was 1.9s off the pace and his session suffered a late setback when he lost the rear of his car at Turn 19, the final left-hander of the lap, with two minutes remaining. 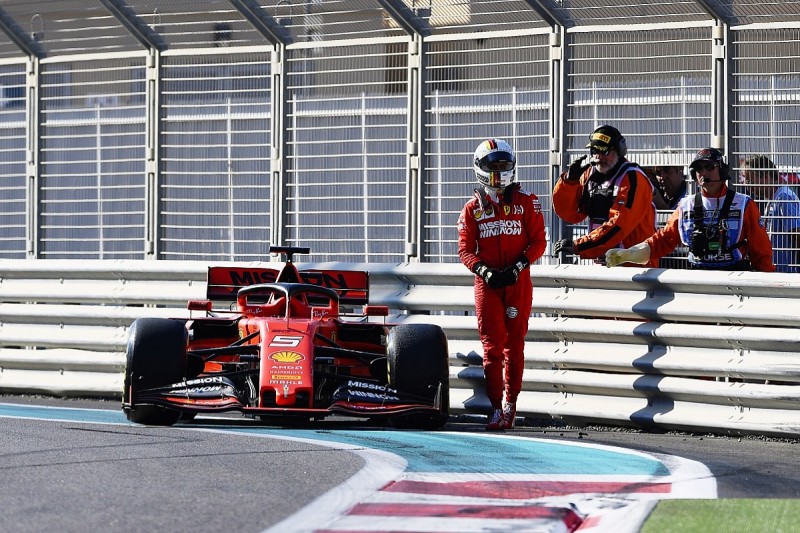 The Ferrari swapped ends and rolled backwards into the barrier on the outside, bringing out a second red flag and ending the session early.

Romain Grosjean split the Ferraris in sixth for Haas, while team-mate Kevin Magnussen was eighth in an encouraging FP1 for the American team.

He was slowest of those to set a time, 4.4s off the pace, but completed 24 laps - more than any other driver.