One of the star attractions of AUTOSPORT International 2012 is a display dedicated to triple Formula 1 world champion Ayrton Senna, and among the cars on that stand is the legendary McLaren-Honda MP4/4 that utterly dominated the 1988 campaign.

Its designer, Steve Nichols, paid a visit to AUTOSPORT's central stage on the second day of the show and shared his memories of that car, its drivers Senna and Alain Prost, and gave a fascinating account into working with both.

While this is not strictly a news story, we thought you might enjoy finding out what he had to say on one of Formula 1's greatest stories...

"Generally everybody knows Senna was a fantastic racing car driver and had all the qualities it took to be one. He was extremely competitive; very bright with a very good memory; very sensitive so he knew exactly what the car was doing; and he was very articulate so he could communicate that to the engineer.

"That was perhaps the most important thing, you could develop that engineer-to-driver relationship and with that you could sort the car out and make it go very quickly.

"Senna was very sensitive to minute set-up changes, sometimes on the grid he would be asking me for a quarter of a PSI just before the start - which was an imperceptible change so almost more of a mental thing, but it gave him confidence so we did it for him.

"He was very good at development. Working with the engine say, so if we had him go out and do a long run for reliability testing, he'd get bored so he'd be doing lots of engine setting changes, different boosts, different revs etc. Afterwards he could relay to you the lap times and fuel economy rates and all sorts of information straight out of his head without really trying.

"He was quite happy to spend hours with you after running the car in the evenings and he would want to consider every single blank on the set-up sheet. You couldn't fill anything in advance because he would want to consider what every little thing would do at every corner on the circuit. He may not even change anything at the end of all of that, but he would consider every single little thing to see if there was any kind of advantage that could be gained.

"Ayrton was very emotional. He was a very warm person with a Latin personality. But he never spat the dummy with me, he would always work assiduously to get the job done and I was always aware from the beginning that he put extra pressure on me and everybody at McLaren because we were dealing with a legend.

"I was conscious of the fact that I didn't want to mess anything up for him and his world championship. But he never got at all excited or agitated with me, we always did the best we could and it always worked out really well. He was very good to the people that worked with him.

"I know that Senna could be sharp with the press and had some run-ins with them, but for the people around him and the team that made him go fast he was always really good. He was very appreciative, he would make sure that he thanked you and gave you credit for the work that you were doing so in that respect he was really fantastic to work with." 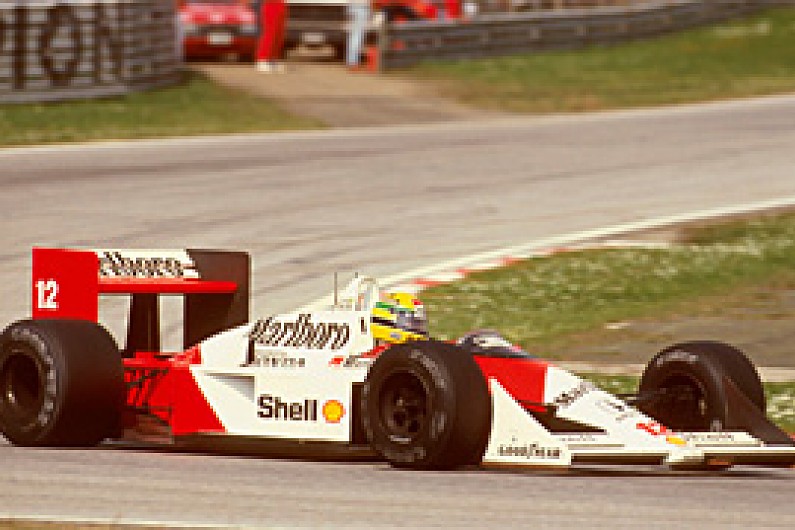 "We didn't set out in our minds to create the lowest possible car. I never tried to fixate on any one parameter like that. Always on my mind was to try to design the best possible car taking into consideration everything you had to work with.

"There were several things that came together with that car, starting with the clutch really. Tilton had produced a smaller diameter carbon clutch for 1988 and that meant that the engine people, Honda, were able to produce a lower engine.

"In addition to that the fuel volume had changed to a 150 litres. So we could have this small low engine and we had a small low fuel tank, so it seemed logical to us at the time to not then sit the driver up tall and proud in front of these low components. Instead we just laid the driver down to fit within the envelope of the fuel tank and the engine. And because the engine was so low, we also had to do a new low-line gearbox, so all the components just happened to fit into that low-line package.

"It looked good to us (early on) in the wind tunnel. A lot of the aerodynamics were carried over from the MP4/3 from 1987.

"The design philosophy was the same but the car was taller because we didn't have the low-line components. So we were able to go more extreme on the 4/4 which was really just an evolution of the previous year's car. We had no idea where everybody else was, but it was quite good on lift and drag and it was pretty good on pitch sensitivity as well. But the car had been forced to be longer because for 1988 we had to move the feet behind the front axle so that increased the wheelbase. But that meant that there was a benefit and further enhanced the stability of the car.

"We had also made the car much stiffer, and it was a wider, bigger, boxier car compared to previous cars which had been narrower because of the ground effects era.

On Prost vs Senna: 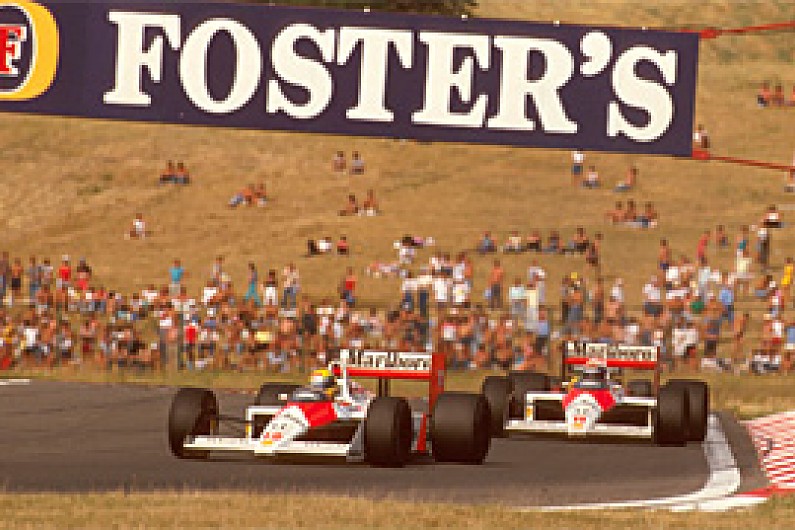 "It was the absolute dream team. They were at the time easily the best two drivers in the world in the same team.

"It started off quite well but almost inevitably with two drivers like that who have all the correct characteristics, they don't necessarily make for mates. They were both extremely talented, both extremely competitive and both wanted exactly the same thing. Both were trying to optimise their position, every minute of their lives in and out of the car. So it was inevitable that they were never going to be best mates, but no matter how fierce the competition got between them, the team was always unified.

"And the drivers both - although to the outside world hated each other - had the utmost respect for each and their talents. That's partly what made them great.

"Part of Senna's greatness is due to the competition he had with Prost and vice versa of course.

"Senna did focus on Prost and he used to say to me: 'Let's be honest, it's only Prost, he is the only one I have to worry about'. So they did focus on each other.

"They had the best car that year and they really only had to worry about each other, so it became a match race between the two of them. I thought at the time it was fantastic. A lot of other people thought it was boring because there were only two drivers in it, but what you really had was the two best drivers in the world in a fantastic car - and because of McLaren's attitude they both had identical equipment - so it was a fantastic one-on-one duel.

On turbos vs normally-aspirated cars in 1988: 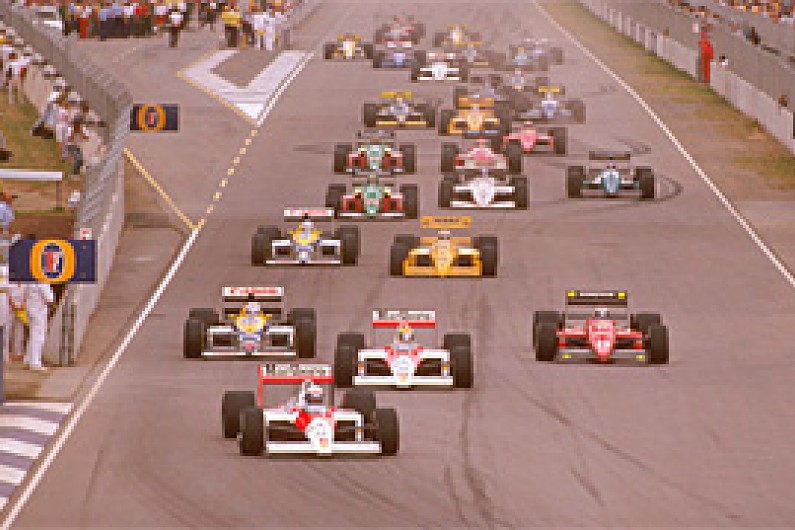 "There was a lot of competition for third and fourth and the interesting thing is that we were in a transition year in 1988 and we were going to normally-aspirated cars for 1989.

"Over the whole duration of the race the normally-aspirated cars actually had more horsepower than we did, the only advantage we had was adjustable boost, so it became a tactical battle, a chess game on the track.

"In order to stay ahead of Thierry Boutsen and the like we'd have to go into fuel dip and sometimes we would be five laps behind on the fuel, and finally those guys would give up and we could turn the boost and the revs down again and then try to get the fuel economy down enough that we could finish the race.

"It did put tremendous pressure on our drivers because they had to take it all out of themselves in those closing stages of the race. They really had to be right on the limit in every corner to eek out the fuel economy and finish the race.

"So it was really remarkable reliability for the time and was testament to Honda's research and development and also McLaren's attention to detail and preparation."