Alfa Romeo Formula 1 driver Antonio Giovinazzi is delighted to continue having Kimi Raikkonen as his teammate in 2021, believing the Finn's vast experience will be key to his own development.

Following mid-season speculation that Alfa Romeo could change one or more of its drivers, the Swiss team confirmed late October that both Kimi Raikkonen and Antonio Giovinazzi would stay on for the 2021 F1 season.

That means 2021 will be the third consecutive season Giovinazzi and 2007 world champion Raikkonen will form a driver partnership at the Hinwil team.

Giovinazzi and Raikkonen each finished on four points as Alfa Romeo finished a lowly eighth in the 2020 constructors' championship, with Giovinazzi narrowly outqualifying the Finn by nine to eight.

Giovinazzi, who is preparing for his third full F1 season with Alfa Romeo following a brief 2017 cameo for Sauber, believes Raikkonen's presence at the team will continue to help him develop as a driver.

"[With] Kimi again beside me next season I think I can still do another step," Giovinazzi told Autosport.

"It will be really important to watch him because I think, like I've said many times, he's still one of the best on the grid, especially on the race pace and managing the race. I'm happy to continue with him." 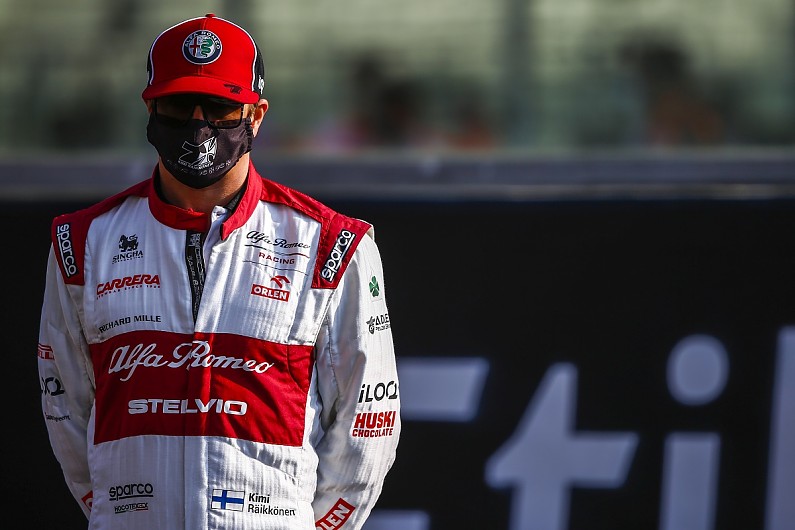 Over the course of the 2020 season 41-year-old Raikkonen officially became the most experienced driver in Formula 1 history with 329 starts.

In his 2019 debut season Giovinazzi would often mimic the experienced Finn's approach during a grand prix weekend.

During his sophomore campaign however, with a full season of F1 under his belt, the 27-year-old Italian started charting his own course.

"When I came here [in 2019] I tried to focus more on Kimi's side," Giovinazzi explained.

"But [in 2020] I'd got more experience and I know what they want and what I like more - especially in the different tracks and different conditions.

"Experience makes a lot of difference in every category, maybe more in Formula 1.

"I think I will feel more ready as well next season, after two years, and after a lot more races.

"I just want to feel more comfortable with everything with the car, with the team.

"It was again a good step this season, but I think next year I will feel again a lot more confident."

Alfa Romeo team boss Fred Vasseur told Autosport he was pleased with Giovinazzi's progress during his second season with the team and hopes the Italian can become more of a team leader in 2021.