Pirelli says it will improve its messaging to Formula 1 drivers ahead of the second test of its 2021 tyres in FP2 in Abu Dhabi on Friday.

After running the revised constructions at the Bahrain GP, the company faced criticism from several drivers who highlighted a drop in performance compared to the regular 2020 tyres.

Pirelli concedes that it didn't do enough to tell the drivers that the changes are aimed at improving the durability of the tyres in the face of increasing downforce levels, and were not related to the "target letter" that covers a range of performance improvements planned for the introduction of 18-inch tyres in 2022.

In Bahrain each driver had two sets of the C3 compound to be used across both Friday sessions, but this weekend they will have a single seat of C4s to be run for at least eight laps in FP2.

"We have to better prepare the test for this week," said Pirelli F1 boss Mario Isola.

"And that is important, because there was a bit of misunderstanding and we probably didn't explain what was the target of the [Bahrain] test to the drivers.

"It was agreed since the beginning of this strange season that our effort was to produce a tyre able to cope with the increased level of stress that we see every weekend with these new cars.

"And even if there is a change in technical regulations with the design of the floor for next year, we know that the teams are working harder to recover this loss of downforce and probably already at the beginning of the year, they will back to a level of downforce that is not too far from the current one.

"That is why we agreed to work in parallel on a new construction that is designed to cope with this development. In fact, this new construction can be used at a lower pressure, for example." 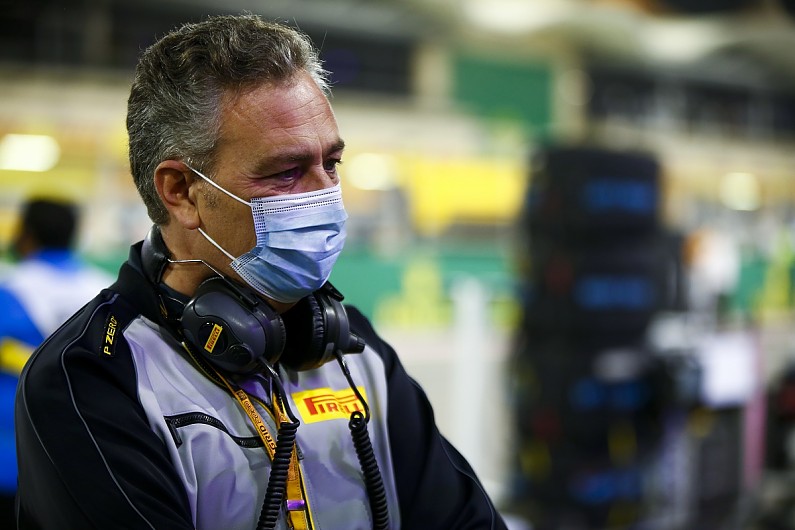 Isola said that Pirelli can verify that the new specification has sufficiently improved structural integrity to justify using it, despite drivers complaining of understeer.

Teams had been told to expect that and adjust their cars to compensate, but given that the testing was happening within a normal race weekend session, some opted not to as they thought they could learn more about the new tyres by not changing their cars.

"We also know that the new construction has a different balance compared to the current one, it's understeering more if you just fit the 2021 tyres without any change in balance," said Isola.

"But some teams decided to do that, because it was useful for us to collect the information for next year. So they didn't want to change anything. They just fitted the tyres.

"Also consider that we are in the middle of the weekend. Mercedes [has already] won the championship, but the other teams are still fighting for the position in the championship. So they were also focused on other stuff on the race weekend.

"And so it was not possible to dedicate the time that is required to balance the car, understand the new tyre, maybe try different pressures and so on.

"And some teams just decided to do a back-to-back, 2020 versus 2021, without any change with the same pressure with the same set-up, trying to understand the new tyre.

"And don't forget that there is a different front profile that is probably also affecting the level of downforce in the front. That's why there is more understeer.

"So it's a matter of also better communication, I would say to the drivers, to explain what we want to do, what we want to achieve, what they should feel and report to us."