© 2020 Autosport.  All rights reserved.
Previous / Vettel: "Special" Hamilton is greatest of current era
Next / 10 things we learned from the Turkish Grand Prix

Max Verstappen's struggles in the Turkish Grand Prix were exacerbated by a front wing adjustment error that wrecked his Formula 1 car's aero balance, the Dutchman has revealed.

The Red Bull driver had been one of the pre-race favourites for victory in Istanbul, having been dominant throughout practice and securing a spot on the front row.

Although a poor start dropped him down into the pack and forced a comeback, he executed a quick recovery and got on to the back of Racing Point's Sergio Perez in the early stages.

But a spin as he battled the Mexican for second place forced him to pit for fresh tyres, and then afterwards he never had the pace to fightback properly. He also had another spin late on.

Verstappen eventually came home in sixth place, and admitted it had been a 'race to forget' because it had been so difficult.

Speaking to Dutch newspaper de Telegraaf, Verstappen says that closer analysis of his car after the race showed why he had been struggling so much. 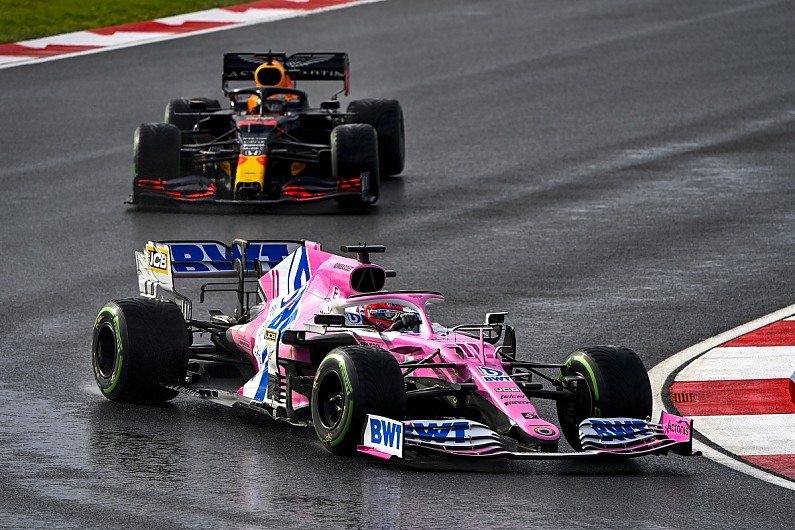 He said that a front wing adjustment had not been done properly, with one side being changed much more than the other.

This had the effect of the aero balance being different on both sides of the car, which would explain why he never felt comfortable with the handling.

"Everything went wrong basically," he said. "It turned out that the adjustment of my front wing was completely wrong.

"On one side we were seven degrees short of what should have been our front wing set-up. That is quite a lot really.

"Normally you adjust one degree here or there, or something like that. But seven degrees, that is a lot. So what can you do as a driver? Almost nothing works as a result of that."

Verstappen also denied that his spin in trying to pass Perez had been triggered by desperation to make up for the first lap struggles.

"I didn't even want to overtake him there," he said. "It's not that I was too impatient or anything like that. There was nothing I could do at that spot.

"I just wanted to hook up behind him, but suddenly I understeered off the track. Then it was more or less finished. After that I was stuck in a little train for most of the time.

"The state of the asphalt was ridiculous as well. And with this front wing set-up, there is not much you can do as a driver."