Saudi Arabian Formula 1 chiefs say the design of their new street circuit in Jeddah will prioritise overtaking so it is good for racing, rather than pleasing aesthetics.

The Middle East country has just announced a deal with F1 that will see it host its maiden grand prix next November as the penultimate round of the championship.

The race will run at night and be based around the Corniche waterfront area to the north of the main city.

Last week, organisers agreed a deal with track designer Tilke to create the new circuit, with heavy input on the layout set to come from F1 owners Liberty Media who now use sophisticated software systems to help simulate potential configurations.

Prince Khalid Bin Sultan Al Faisal, president of the Saudi Arabian motorsport federation that is in charge of the race, has revealed that organisers do not want a track that looks nice for pictures or television but is no good for racing.

Asked by Autosport about the type of layout the new track will be, he said: "Our goal is to make it an exciting and thrilling race. We don't want it to be one of those boring races where there is no overtaking.

"For us, we are hosting F1 because we want to bring the excitement. And what I can tell you is we're doing our best to make it an exciting race. 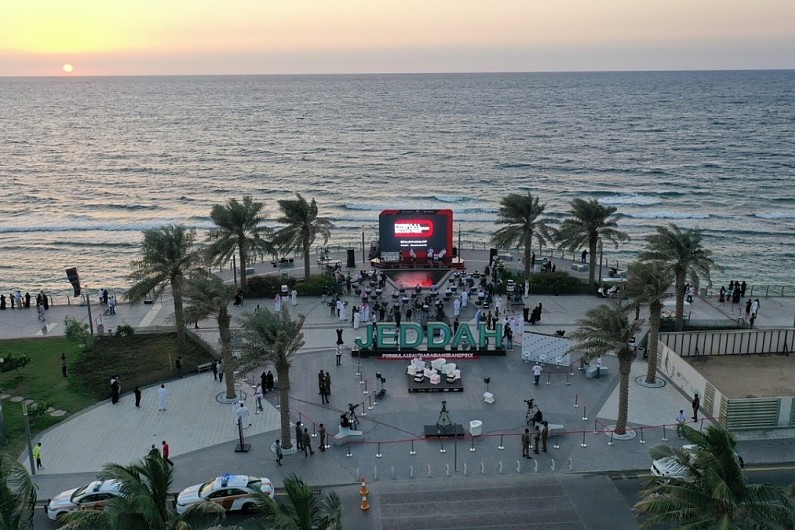 "It's not only about the scenery or the environment or the sporting events that we're planning to do. For us, it's racing. So it needs to be exciting. It needs to be fast.

"If you see the Corniche, you are going to have an idea that it's not going to be a slow race.

"Our goal is to make it exciting and thrilling, with a lot of overtaking."

Prince Khalid said that while other street circuits looked impressive, they often did not produce a good spectacle.

"We love seeing the event in Monaco. It's a lovely event," he said. "But in terms of racing, there's no overtaking. It's not that exciting.

"So for us, we want to create a street race where it looks nice, where the event and the environment is nice, but at the same time, it is a thrilling race."

Saudi organisers says the layout of the track has been 80 percent defined, and will likely be very different to other venues on the schedule.

Prince Khalid added: "We don't want it to be just another race. We wanted to do something special.

"We want it to be a different race, we want it to be the best race. So working closely with Formula 1, and Tilke, I can promise you it's going to stand out."