Daniil Kvyat says changes made at the AlphaTauri Formula 1 team to improve his feel through the steering have been key to a recent uplift in form.

The Russian struggled to fully feel at ease with his AT01 in the early part of the season, and only scored two points in the first six races while team-mate Pierre Gasly shone, reaching Q3 four times.

However, a big push from his team to make changes from the Belgian Grand Prix helped improve the feedback Kvyat got from the steering, and immediately made him much more comfortable.

He scored three consecutive top ten finishes at Monza, Mugello and Sochi, and recently recorded his best finish of the season with fourth place at the Emilia Romagna Grand Prix, which followed his first Q3 appearance of the season.

Explaining how his season has developed, Kvyat praised the way AlphaTauri responded to his feedback and said he now feels able to show his best form.

"When I started the season I wasn't entirely in sync with the car, and I had a not-so-great feeling with the steering wheel," he told Autosport.

"We had to change a few things on the car around that area for me to gain as much feeling as possible. 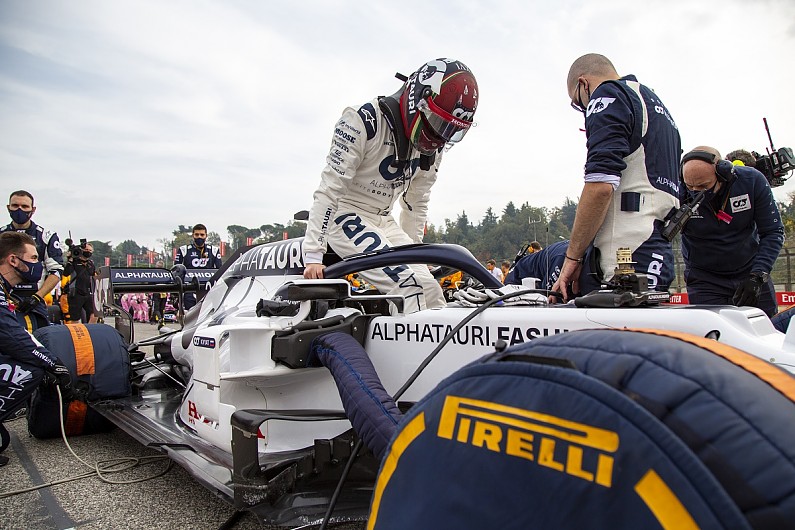 "It meant we had to give up some things, and also it meant that we had to learn some features of the car again, because we changed things for me to have a better feeling.

"But from there on, I think things started to go in a lot better way.

"Of course, we had to understand things again, with the set-up and things like that, but I had better feeling in the car. It was more consistent.

"I was able to deliver laps, even in Spa immediately in qualifying. Things went a lot better and I was much happier I would say from that point."

Kvyat did not wish to reveal the exact specifics of what AlphaTauri changed to help him, but said it was "a bit of everything".

"During the season, sometimes it's not a simple thing to change and it can be risky, because if you go even worse than you're really in a bad place. But luckily, things have improved.

"I'm very happy how me, and my side of the guys, reacted and developed it in the end."