© 2020 Autosport.  All rights reserved.
Previous / Alfa Romeo extends Sauber deal into 2021
Next / Kvyat "not at all worried" about F1 future

McLaren will make a number of changes to the parts in its MCL35 to cope with high loadings that are specific to Formula 1's upcoming Turkish Grand Prix.

The change reflects the sort of unexpected challenges that teams have had to address when preparing for the new circuits that were added to the 2020 calendar after the start of the season.

McLaren technical director James Key noted that teams design their cars to deal with the known characteristics of the circuits on the original schedule, and have had to study the new venues and adapt if necessary.

The specific characteristics of the Istanbul track flagged up a potential issue with loadings exceeding the prescribed limits, and the team has responded by strengthening various components.

"A great deal of it is done through as you'd expect a lot of simulation work," said Key.

"A lot of estimates on things like tyre energy, the engine performance and recovery systems, the wing levels, the nature of set-ups you want to look at, looking at historic data, on things like kerbing events and that sort of thing.

"So there's a whole range of things that you kind of need to be ready for to check set-up direction and basically your start point. 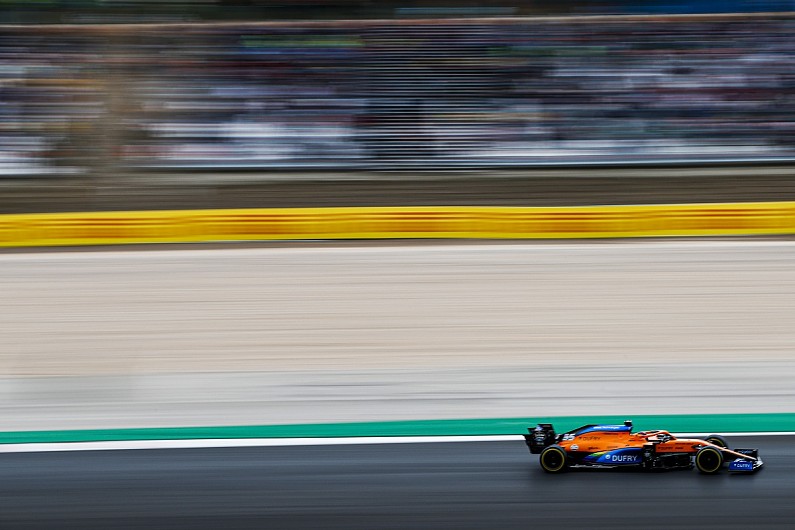 "As well as ensuring that these tracks - and Turkey is a good example of this - that you're not exceeding the load case conditions that you design a car to.

"Every track has a set of load cases that you need to adhere to, and that's based on a known calendar. We start hitting different circuits, they may throw up other things.

"And in fact in Turkey we're going to have a little bit of a change. I'm just giving that as an example - we have a minor change to some components just because of the loading there. So you've got to take a lot of things into consideration when you go to a new place."

Key acknowledged that this weekend's Emilia Romagna GP will provide an extra challenge as there is only one practice session prior to qualifying, something that happened - albeit by default - at the Nurburgring.

"We had a little bit of a practice at this in the last race," said Key. "I think that was probably good learning in many respects as to how we need to be thinking going into Imola. It's not a track entirely unfamiliar with us. But of course, we haven't been there for a long time, and certainly not with the nature of these cars.

"I think with Imola we'll be doing all of that work, and then keeping it very straightforward and simple to make sure that we can use that Saturday morning session to good effect for quali and race prep only.

"So you need to try and hit track running with set-up, adjust the team for a learning process in that one session we've got to prepare."