Valtteri Bottas says he regrets opting for just a single lap run in his final qualifying effort at the Portuguese Grand Prix after losing pole position to Lewis Hamilton.

The Finn had looked on course to take the top spot at Portimao but was pipped in the closing seconds by Mercedes team-mate Hamilton - who had opted to do two timed laps at the end of Q3.

Reflecting on how the session had panned out, Bottas reckoned that his call to just go for a single lap with the medium compound was the wrong one.

"The medium actually felt a tiny bit quicker than the soft, and then it was choosing if we do two timed laps, with a cool down in between, or just one timed lap," said the Finn.

"Obviously, with one timed lap you can have less fuel in the car, but you might struggle with the tyre warm-up. I went for that. It was my decision to go for one timed lap, because it worked in Q2, but apparently it seems like doing two timed laps for Lewis was better.

"It was a decent lap, not perfect. It's been tricky here to get really clean laps this weekend because of the way the track is, but I mean the lap was good. I think ultimately I should have gone for two timed laps as well."

Hamilton said that with Bottas having been so quick throughout practice, he felt going for a three-lap run was the only way he was going to have a chance to get ahead.

"At the end there, I chose to do three laps to give me a chance to have a stab at beating his time. And I think he decided to do one. So I was like, 'okay this could provide me an opportunity' and it worked. That last lap got better and better as I went through." 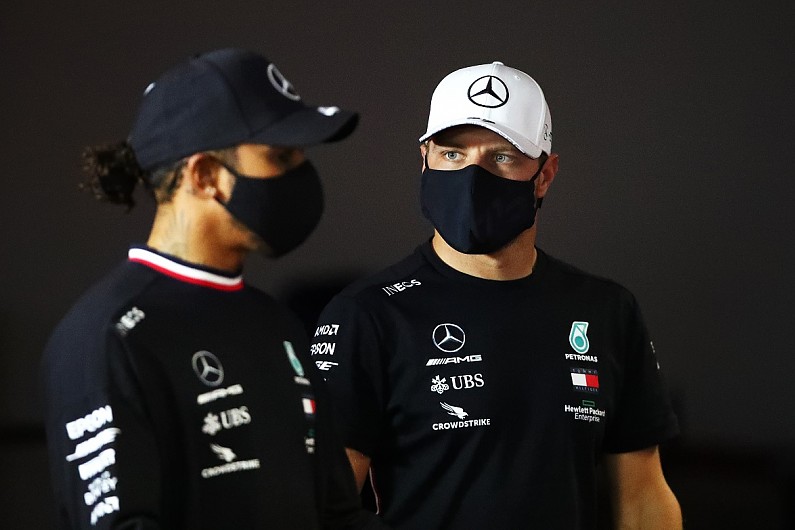 Hamilton said Mercedes left the call on the length of the final runs down to each driver, and he opted for the two timed laps because of the difficulties in getting the tyres working on the smooth asphalt surface.

"So I got out there nice and early. The tyres are very hard here this weekend. We've got the hardest of the compounds and getting them to work here is, believe it or not, it's very, very difficult.

"So that's why I wanted to have an extra run just in case the first one wasn't that great. And it worked perfectly."