Valtteri Bottas topped both Friday practice sessions during a dramatic opening day of the Formula 1 Portuguese Grand Prix. Here's how and when to watch qualifying.

The second practice session was red-flagged twice at Portimao, firstly for Pierre Gasly's blazing AlphaTauri and then for a clash between Max Verstappen and Lance Stroll.

The crash was put under investigation by the F1 race stewards but no punishment was handed out with "neither driver wholly or predominantly at fault" for the incident.

The reigning F1 world champion ended FP2 in eighth place, with Verstappen the closest contender to Bottas at the top of the times.

Carlos Sainz Jr slotted into fifth place ahead of Sebastian Vettel in the second Ferrari with Hamilton, Esteban Ocon and Alexander Albon rounding out the top 10.

Due to the redrafted 2020 F1 calendar, following the coronavirus pandemic and subsequent cancellation of 13 races, series bosses have scrambled to produce a campaign of a minimum of eight races to meet FIA world championship criteria along with reaching a minimum of 15 races to fulfil the TV broadcasting deal.

As well as hosting double-headers at the Red Bull Ring, Silverstone and Bahrain, F1 will also head to venues not on the original 2020 calendar, and the Algarve circuit - located close to Portimao - is the third of the new destinations, following on from Mugello and the Nurburgring.

Later this year the paddock completes its one-off stint of unexpected races at Imola and Istanbul Park. 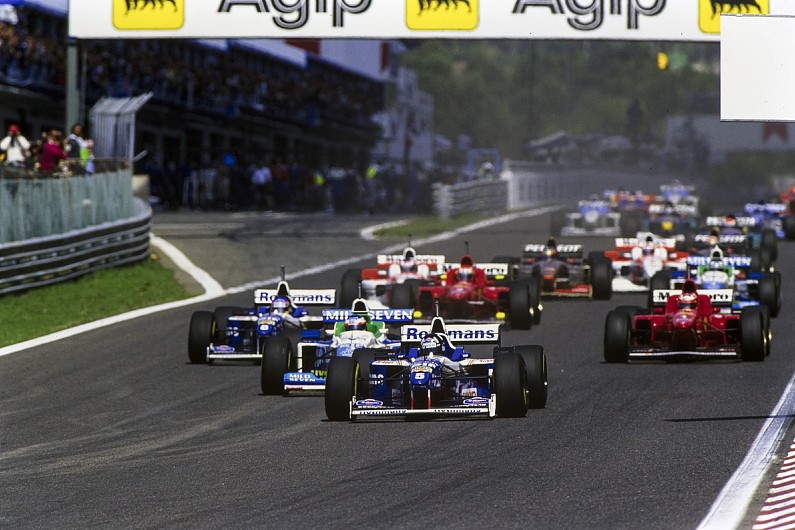 When was the last time F1 raced at Portimao?

Portimao has remained a popular venue for other series and as a testing venue, most notably for the World Superbike Championship and numerous GT series, while MotoGP is also making its first race visit to the Algarve circuit next month.

While Portimao has never hosted a F1 grand prix before this weekend, the Portuguese GP has previously been a familiar presence on the F1 calendar when Estoril (above) held a slot between 1984-96.

Before that era, three F1 world championship grands prix were also run between 1958-60, split between Boavista and Monsanto.

Initially officials had targeted crowds of close to 50,000 on each day of the race weekend before fresh COVID-19 restrictions were announced last week.

What time does qualifying for the Portuguese Grand Prix start?

In the United Kingdom, every F1 practice, qualifying and race is broadcast live on Sky Sports F1, with qualifying coverage starting at 1pm BST.

Channel 4 is broadcasting highlights of qualifying for the Portuguese GP at 5:30pm BST. Autosport will be running a live text coverage of qualifying.

What's the weather forecast for qualifying at Portimao?

Sunshine and dry conditions are forecast throughout Saturday at Portimao with a very small chance of rain. Temperatures are expected to be warm with highs of 20 degrees Celsius - around 11 degrees Celsius warmer than qualifying for the Eifel GP last time out.