Pierre Gasly says he had just a few seconds' warning before a major fire erupted around the rear of his AlphaTauri Formula 1 car in FP2 in Portugal.

The Frenchman triggered a red flag when he stopped at the edge of the track and jumped out just as flames took hold.

His car had lost all electrical power in what the team described as a "blackout".

It took the marshals a few seconds to reach the car as some of them had to cross the track, and Gasly was seen urging them to take action.

They eventually put the fire out, but not before the rear of the car suffered serious damage.

Gasly was already on the limit for all six Honda power unit elements, and thus any replacements will lead to grid penalties if the team does not have serviceable examples in the pool.

He had completed 27 laps of the afternoon session before the fire, and was still an encouraging seventh at the end of the session.

However he has some catching up to do as he only ran the hard tyre, and will have to rely on data from team-mate Daniil Kvyat. 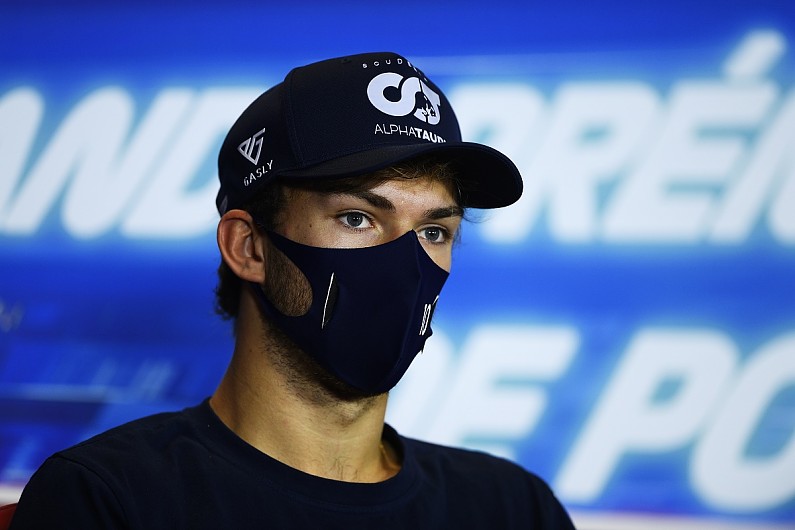 "Literally five seconds before I stopped I just lost everything - the steering, the electricity in the car," he said.

"Obviously there was a lot of fire at the back of the car and things burning, so we need to analyse and know what happened.

"For sure it's not ideal, especially because we could not run the option tyre, we had only the base this morning.

"On a new track like this it's never great, but that's what we got, unfortunately.

"We'll try to get as much data as we can on Dany's side.

"Pace-wise it looked pretty decent all day long, but I'm still not feeling super comfortable with the car, so I think we can improve it for tomorrow.

"It will be important, FP3, because we need to recover these laps."

Kvyat, who was down in 17th, admitted that he hadn't had a good day.

"It was really hard to get in the rhythm there, so not a lot of things are clear at the moment," said the Russian.

"We'll just have to analyse, and at the moment nothing feels really good.

"It was not very enjoyable, there's so little grip out there.

"It's slippery, it's sliding quite a bit - it's a different challenge.

"We will have to try to tweak a few things on the car and understand what works best."