Bottas led Mercedes to its 12th pole position in a row on Saturday after edging out team-mate Hamilton and Red Bull's Max Verstappen in the final stage of qualifying at the Nurburgring.

Mercedes had looked set to qualify both Hamilton and Bottas on medium tyres at the start of Q2, only to switch them to softs for their final runs in the session.

Hamilton said after qualifying that he wanted to start the race on mediums and felt he could have made it through to Q3 on the tyre, but trusted the team's call to make the switch.

"In the debrief, that was discussed, and it's clear that the soft is the right tyre to start with, and Lewis agreed to that," Mercedes F1 team principal Wolff said when asked about the decision by Autosport.

"The reasons being that starting on the medium, you're losing about three or four metres against the soft, and all his competitors are around on softs.

"So it makes no sense to take big risks and a big gamble.

"You could clearly see in Q2 that nobody would have qualified on the mediums, so you would have had a real disadvantage for the first few laps. It was a clear decision.

"Obviously Lewis doesn't like to be in P2 or worse. That's why an alternative strategy always makes a lot of sense, just accepting to follow a car is not how he operates.

"The soft was the right choice." 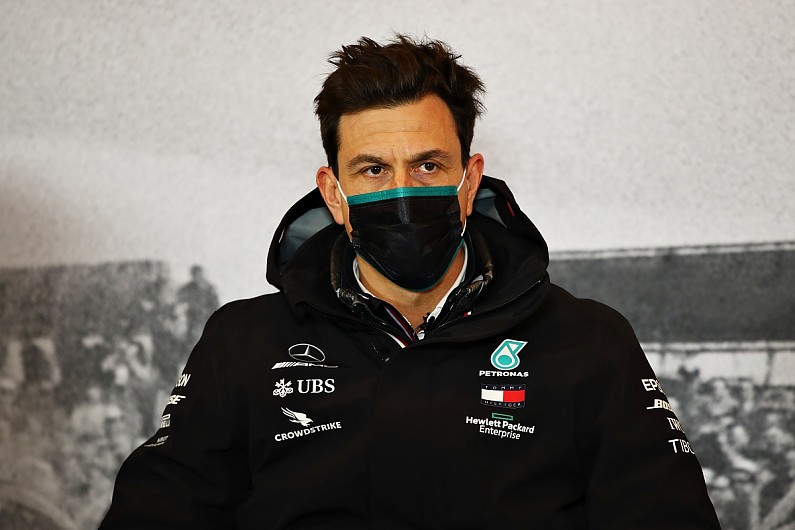 Drivers are braced for a challenging race in managing strategy after the weather on Friday prevented any practice running from taking place, limiting teams to cram all of their planned programmes into the one-hour FP3 session on Saturday morning.

But Wolff said Mercedes would adapt to the situation as the race played out in deciding on its strategy, with rain and cold temperatures expected to return.

"We're not so much in the dark, it's just more of adapting to the new situation, working with less data, and accepting that tomorrow there will be learning by doing," Wolff said.

"The whole grid believes the soft tyre is a good tyre to start with, and then we'll see how that pans out, whether it's a two-stop or a one.

"Obviously there is no data from long runs, whether the hards or the mediums are the right choice.

"I find it super exciting."